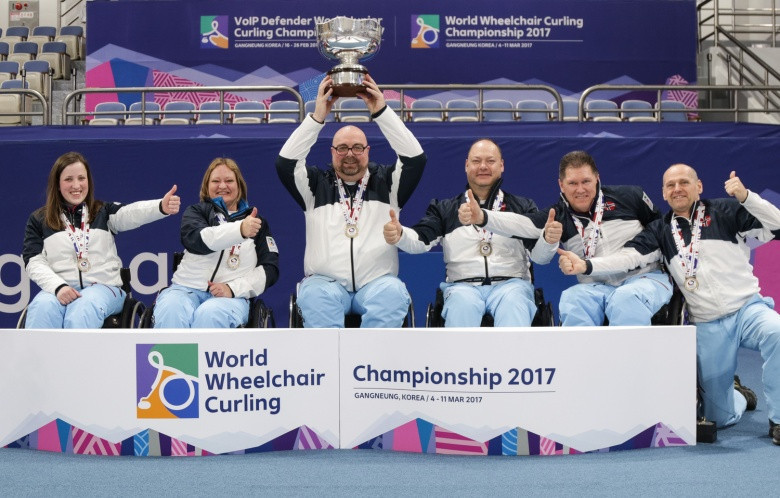 Norway denied Russia a third straight World Wheelchair Curling Championships title as they swept aside their opponents 8-3 to clinch the gold medal at the Gangneung Curling Centre.

The Norwegian team avenged the defeat they suffered at the hands of Russia at last year's event with a clinical display to top the podium for the first time since 2008.

"Fantastic game from us.

"We had to keep on pushing - we were almost out of the game in the play-off, we got the tie-breaker and we just kept building up and building up.

"Everybody has improved their level of play each time and the confidence has been growing."

He added: "We have a coach that keeps us believing in ourselves.

"After each game our coach tells us we are so much closer to the dream.

"And the last thing he said before the game was ‘now you are a nose tip away so just go out and have fun, we have nothing to lose.'"

Norway sealed their place in the showpiece game by overcoming Scotland 7-3 in a play-off during the morning session on the final day.

Their win set up a meeting with arch-rivals Russia and it was the Norwegians who took the initiative early on.

They opened up a 6-1 lead after five ends, setting the platform for what proved to be a commanding victory.

Russia missed an opportunity for two points when they were heavy on a draw in the sixth end, settling for the single, before Norway sealed the deal in the seventh by scoring two.

The World Wheelchair Curling Championships also served as a test event for the 2018 Winter Paralympic Games in Pyeongchang.