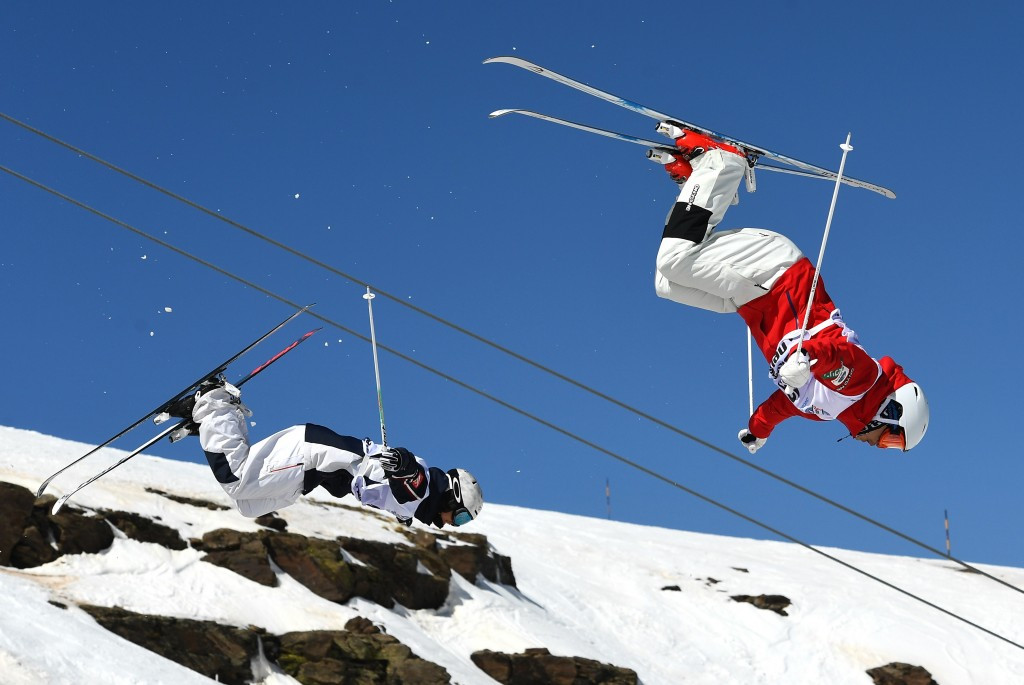 Japan's Ikuma Horishima recovered from a crash in the final to make history at the International Ski Federation (FIS) Freestyle Ski and Snowboard World Championships in Sierra Nevada.

The 19-year-old became the first athlete to be crowned as a double world champion in moguls as he won today's dual moguls event in thrilling fashion.

Horishima, who clinched the moguls title yesterday, edged rival Bradley Wilson of the United States by 20 points to 15 in the gold medal run.

Both athletes started to lose form after the first jump as Horishima suffered a fall early on before Wilson followed suit shortly after.

The Japanese skier managed to bounce back in style and hold off the challenge of Wilson, who was forced to settle for the silver medal.

"In the start I was very nervous, but I knew also that I had strength," Horishima said.

"When I fell down, I knew that I would get back up and finish the run, no matter what.

"This is what I did and now I am the double world champion.”

There was also plenty of drama in the women's event as Perrine Laffont of France stunned the rest of the field to finish at the summit of the podium.

Laffont overcame Hedwig Wessel of Norway and American duo Keaton McCargo and Jaling Kauf on her way to the big final, where she met Yulia Galysheva of Kazakstan.

Much like the men's big final, the race proved to be packed full of incident as the French athlete ousted her Kazakh opponent by a one-point margin with a 18-17 victory.

Kauf was able to put her disappointment of not getting the chance to compete for gold behind her as she eased to a 21-14 triumph over Jee Won-soo of South Korea in the small final.

"Just last year I was the junior world champion and now I’m the real world champ.