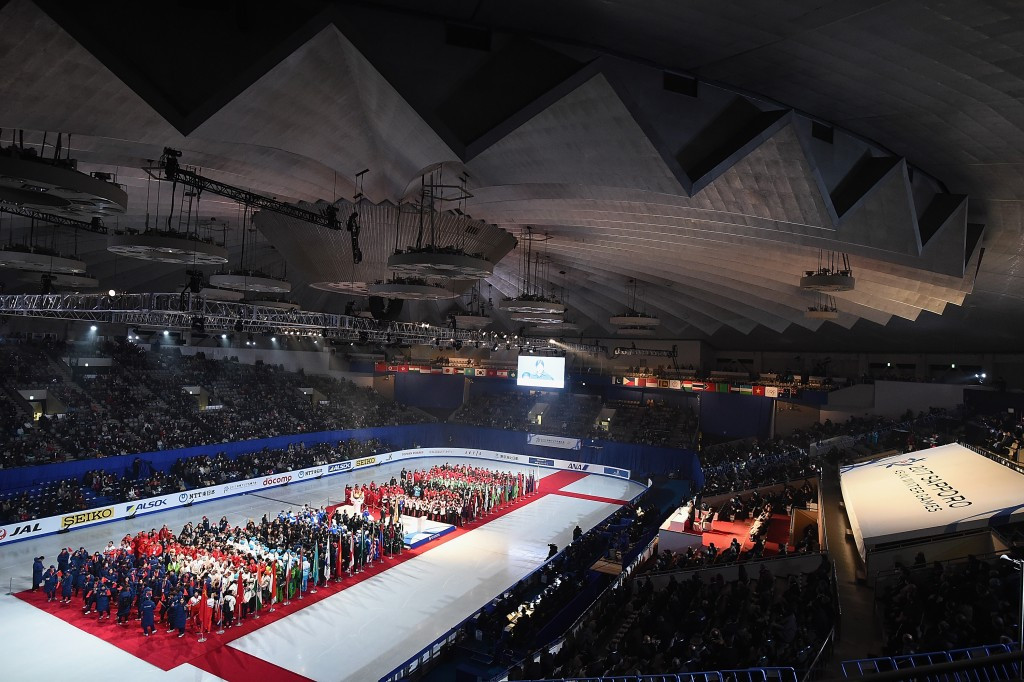 Sapporo's Asian Winter Games have been officially closed here at a Closing Ceremony today held on ice at which Olympic Council of Asia (OCA) vice-president Timothy Fok predicted how they will be "back again" soon.

It came at the end of a seven day continental extravaganza in a city widely tipped to bid for either the 2026 or 2030 editions of the Winter Olympic and Paralympic Games.

Good organisation, passionate crowds and ample quantities of snow were among aspects cited for praise in the closing speeches.

"This has been a fantastic Games for the athletes, spectators and officials alike," said Hong Kong's Fok, speaking in the absence of the organisation's President Sheikh Ahmad Al-Fahad Al-Sabah.

"Our venues have been world class.

"Sapporo and Obihiro [where speed skating took place] have been the perfect hosts.

"It is truly the home of the Asian Winter Games.

"The snow covered mountains, the warm hospitality and the perfect organisation - the OCA could not have asked for more.

"We will be back again, but for now it is my duty to declare Sapporo 2017 closed."

Crown Prince Naruhito of Japan was among others in attendance today as he returned after also being present for last week's Opening Ceremony.

Athletes from all 32 participating countries - including Australia and New Zealand - paraded out onto the ice before basking on a carpeted section in the centre of an ice rink which also hosted short track and figure skating during the Games.

The OCA flag was then passed back by organisers - with no host having yet been unveiled for the next edition - before flares reverberated around the arena.

It marked the third time Sapporo has hosted the showpiece continental winter event after also doing so in 1986 and 1990.

The city also placed host to the 1972 Winter Olympics.

Proceedings began with a figure skating gala featuring several medal winners from earlier in the Games.

Chinese pairs champions Yu Xiaoyu and Zhang Hao were next up before today's men's winner Shoma Uno, took to the ice to the delight of the home crowd.

It provided a welcome example of the "athletes first" concept as sporting competition took to the fore.

The only slight setback was how the gala was followed by a momentum-stifling 25 minute delay as a carpet was installed before the rest of the ceremony took place.