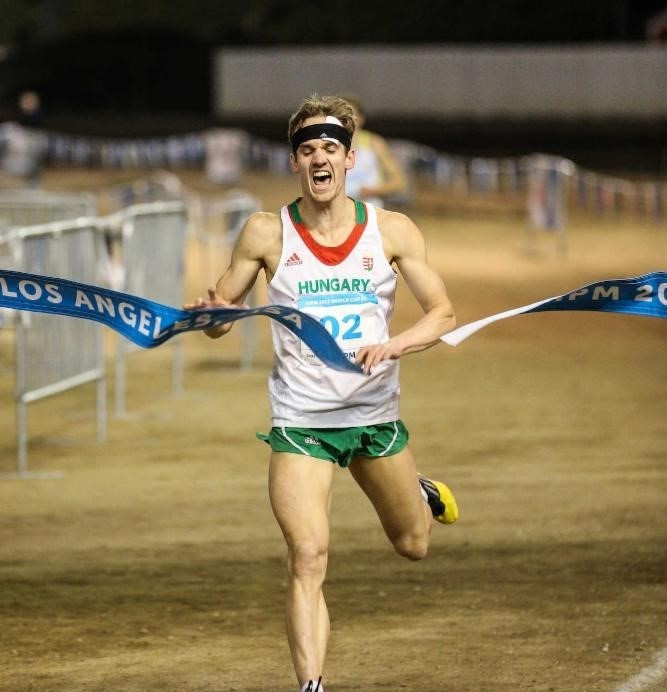 Hungary’s Bence Demeter came from behind to claim the men's individual title at the opening event of the 2017 International Modern Pentathlon Union (UIPM) World Cup season in Los Angeles.

The 26-year-old started third in the laser-run, but ultimately timed his final-lap sprint to perfection to secure his first World Cup gold ahead of Ukraine’s Pavlo Tymoshchenko, who was five points shy of the winning mark of 1,450 points.

Russia’s Alexander Lesun was a further 31 points back in third at the Fairplex events complex in Pomona, a city in the Los Angeles County.

"I am very happy, it was a brilliant run-shoot for me," said Demeter, a previous winner of two World Cup bronze medals.

"My tactic was to try to follow the first two competitors and then use my sprint in the last 100 metres.

"Usually I have a good sprint, so I am very happy."

World record-holder Logan Storie of the United States earlier set the pace in swimming at the Claremont Club, clocking a time of 1 min 55.85sec to put him into the lead ahead of Great Britain’s  Jamie Cooke and France’s Gauthier Romani.

It was in the fencing arena that Lesun, Tymoshchenko and Demeter started to take charge of proceedings.

Lesun topped the ranking round with 26 wins and eight defeats and added the extra point by defeating Tymoshchenko in the final bout of the bonus round, where Russia’s Danil Kalimullin and the US’s Nathan Schrimsher registered three wins apiece.

Only two athletes, Czech Republic’s Ondrej Polivka and Poland’s Sebastian Stasiak, managed a perfect score of 300 during the riding.

Lesun protected his lead though with a clean round, allowing him to start the laser-run 11sec ahead of Demeter with Russia’s Egor Puchkarevskiy and Tymoshchenko close behind.

Tymoshchenko took the initiative in the first three shooting series before Demeter pounced for victory to add to his gold medal at the Peridot Indoor Competition in Budapest last month.

"We are at the beginning of the road to Tokyo 2020 and we could see here great performances and new faces of our sport.

"The facilities here in Fairplex, Los Angeles, are amazing and the atmosphere was great.

"Tomorrow also we will see a great competition for the medals on the women's side."

Germany’s Alexander Nobis finished fourth ahead of Hungary’s Robert Kasza in fifth and Puchkarevskiy in sixth.

Action in Los Angeles, a candidate city for the 2024 Olympic and Paralympic Games, is due to continue tomorrow with the women's final.