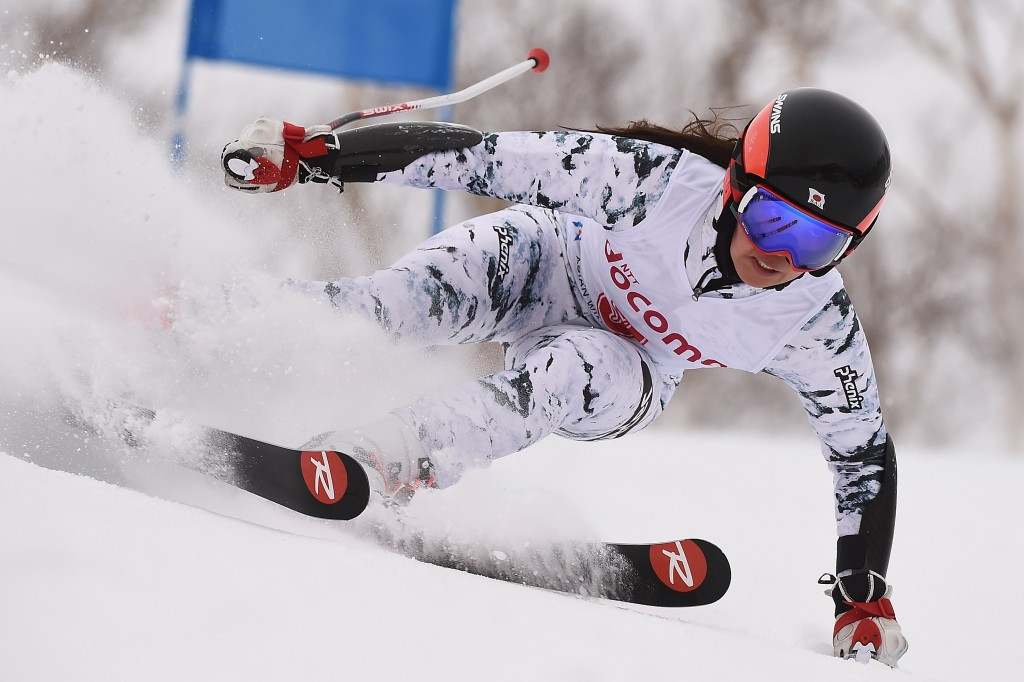 Her success followed fresh from the back of Yohei Koyama’s triumph in the men’s competition yesterday, which had got Alpine skiing events underway.

There appeared to be little doubt that the host nation would have an athlete on top of the podium when Hasegawa produced the fastest first run of the day, clocking 1min 11.31sec.

Her nearest rival was compatriot Asa Ando, who was nearly two seconds adrift heading into the final runs of the competition.

Hasegawa would secure the victory by also producing the fastest second run time, increasing her overall advantage to 1.87sec.

She finished the overall event with a combined time of 2:21.58.

Ando had attempted to close the gap, but would have to be happy enough with the silver medal after finishing with a time of 2:23.45.

South Korea’s Gim So-Hui had looked best place to challenge the Japanese pairing after the first run, with the skier having occupied third place in the standings.

She would miss the podium altogether after failing to complete her second run of the competition, leaving the final medal up for grabs.

Japan’s Mio Arai would eventually end in third place in a time of 2:25.49, but would fall foul of the Asian Winter Games ruling which prohibits a country from having a clean sweep of medals in an individual event.

Kang Young-Seo would be the athlete to benefit from the rule, with the South Korea promoted onto the podium.

She had finished the event with the fourth fastest time, clocking 2:32.35 for her two runs of the event.

Although Japan dominated proceedings, the competition itself saw numerous nations represented in the Sapporo Teine slopes.

Iran, India, Pakistan, Nepal, Mongolia and Jordan were among the countries who, despite having less of a tradition for competing in winter sport, had athletes taking part in today’s competition.

Two more days of Alpine skiing competition will be held at the Games, with men’s and women’s slalom events due to be held on tomorrow and Saturday (February 25) respectively.