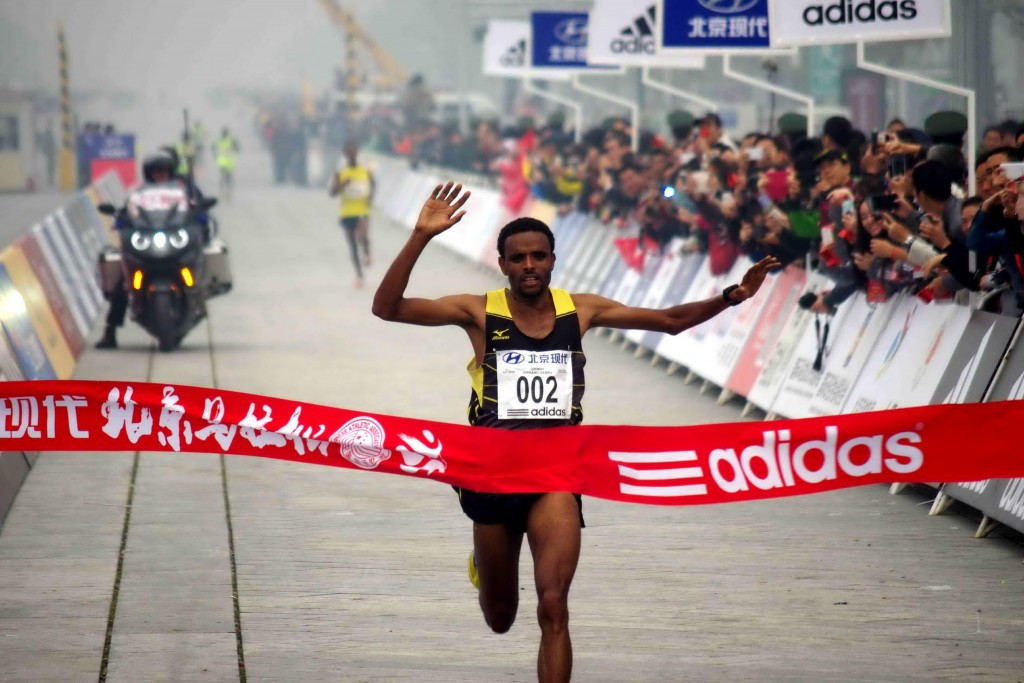 The World Anti-Doping Agency (WADA) has reiterated its concern with handing jail terms to athletes who fails drugs tests after claims an Ethiopian runner faces at least three years behind bars for taking meldonium.

Marathon specialist Girmay Birahun failed for the energy boosting substance, only added to the WADA Prohibited List in 2016, in an out-of-competition test last year.

The 22-year-old has run 2 hours 5min 49sec over the 26.2 miles distance and has won marathons in Beijing, Daegu and Ottawa.

His year of birth is listed on the IAAF website as 1987, due to use of the Ethiopian calendar which is seven years behind the Gregorian one.

He faces a "minimum" sentence of three years under stringent new rules introduced by the Federal Government of Ethiopia.

This has been criticised as an overly harsh response by figures including Richard Ings, the former boss of the Australian Sports Anti-Doping Authority, particularly considering the confusion over how long the effects of meldonium are felt in the human body.

WADA will not comment directly on the case until a final decision has been taken, but indicated their general opposition to such a punishment.

However, they did call for all coaches and traffickers of performance enhancing drugs to face jail terms.

"WADA does not wish to interfere in the sovereign right of any Government to make laws for its people," a spokesperson told insidethegames.

"That is the right of the country’s Government, and that Government alone.

Ethiopia, after having effectively no anti doping efforts for decades vaults to criminalising any positive test.

"As it relates to athletes, the Agency believes that the sanction process, which includes a right of appeal to the Court of Arbitration for Sport (CAS), is a settled process, and indeed was globally accepted by the world of sport and Governments at the 2013 World Conference on Doping in Sport in Johannesburg.

"The standard athlete sanction for a first time doping violation has been extended from two to four years under the revised World Anti-Doping Code; an extension based on high-level legal advice received by WADA which stated that such a sanction would be proportionate to the offence committed.

"As such, WADA does not believe that doping needs be made a criminal offence for athletes, nor does it believe there is appetite for such a move amongst the anti-doping in sport movement.

"WADA and its partners in the anti-doping community do, however, strongly encourage Governments to introduce laws that penalise those who are trafficking and distributing banned substances; those individuals who are ultimately putting banned substances into the hands of athletes."

WADA have acknowledged that "countries that have introduced criminal legislation for doping by athletes have been effective in catching athlete support personnel that possess or traffic performance enhancing drugs".

"It seems that, given the threat of being imprisoned, these individuals are often more cooperative with anti-doping authorities." the spokesperson added, citing Italy as an example.

Ethiopia were among five countries placed on an IAAF monitoring list last March due to doping problems.

The IAAF have also opted not to comment on the Birahun situation as it is an ongoing case, but did tell insidethegames that jail terms "send out a strong message of zero tolerance".

The proposed Ethiopian punishment has also been supported by Haile Gebrselassie, the distance running legend who is now President of the Ethiopian Athletics Federation.

He revealed that a sentence is due to be awarded to Birahun next month.

“We need to be strict,” the two-time Olympic 10,000 metres champion told The Independent.

“There must be a tough punishment - when we do this, the rest of the world needs to be strong too.”

"We need to have honest athletes that forget about shortcuts; ones who believe in sweating, not taking.

"When athletes take drugs they may make money in the short -term, but in the long term, when they think about what they’ve done, they will regret it.

"They are directly cheating money out of the pockets of other athletes.

“I don’t want to support people who have this evil in them."