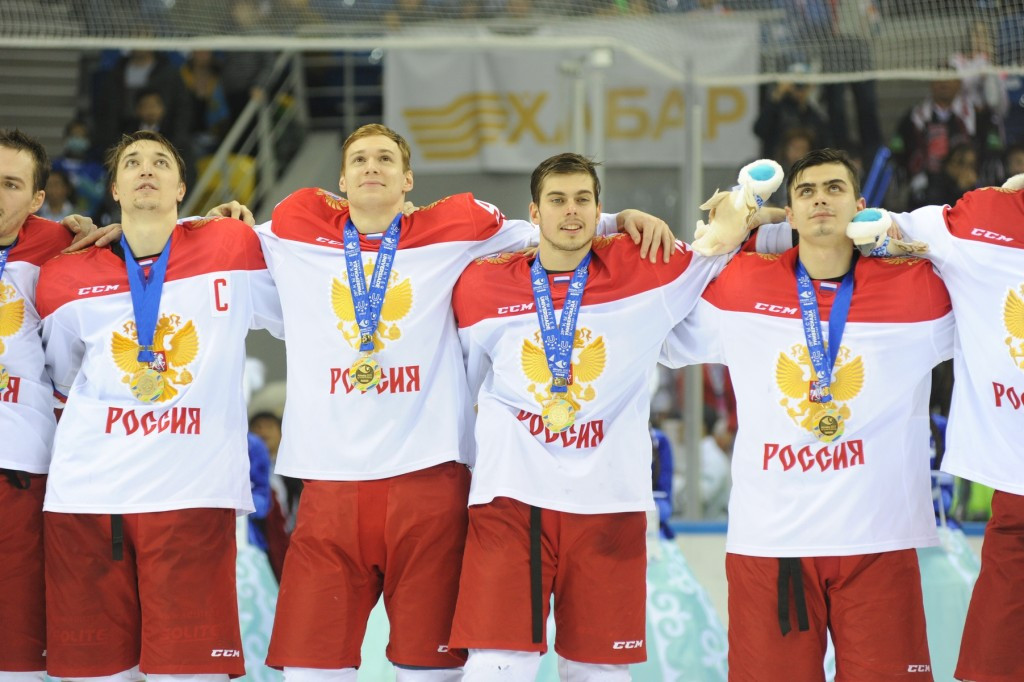 Daniil Ilin was the hero for Russia, scoring what proved to be a decisive goal in the 42nd minute to break the home fans’ hearts.

The outcome was a repeat of the 2015 Winter Universiade final when Russia beat Kazakhstan 3-1.

Kazakhstan created a number of goalscoring opportunities in the first period, but they failed to make the most of them with Russian goaltender Ilia Andriukhov showing some good form.

Andriukhov's opposite number Sergey Kudryavtsev was the busier of the two goaltenders in the second period and managed to keep Russia at bay amid floods of pressure.

Having withstood the onslaught, Kazakhstan looked the more likely to score early in the third period.

But they were soon hit by a sucker punch as Ilin fired home and failed to recover in the remaining 18 minutes.

Even head coach Sergey Starygin's move to release the sixth field player two minutes before the end of the match did not prove fruitful, with Russia's defence standing firm.

Tommy Giroux and Pierre-Olivier Morin put the Canadians into an early 2-0 lead and although Dominik Kafka pulled one back for the Czechs, they soon restored their two-goal advantage through Brett William Welychka.

David Ballner moved the Czechs back to within one at the start of the second period, only for Giroux to score his second shortly after to give Canada breathing space again.

The Czechs still refused to lie down and halved the deficit once more just before the half-hour mark thanks to David Zachar.

But despite more than half the game remaining, an equaliser proved beyond them as Canada claimed their second Winter Universiade bronze medal.

"It was an interesting game," Brett Gibson, the head coach of the Canadian team, said.

"The Czech team is a very strong one.

"We were a bit tired after yesterday’s semi-final but could win.

"I would like to thank the organisers for their hospitality.

"I will remember the people of Kazakhstan.

"They supported us in all the games except the game against Russia."