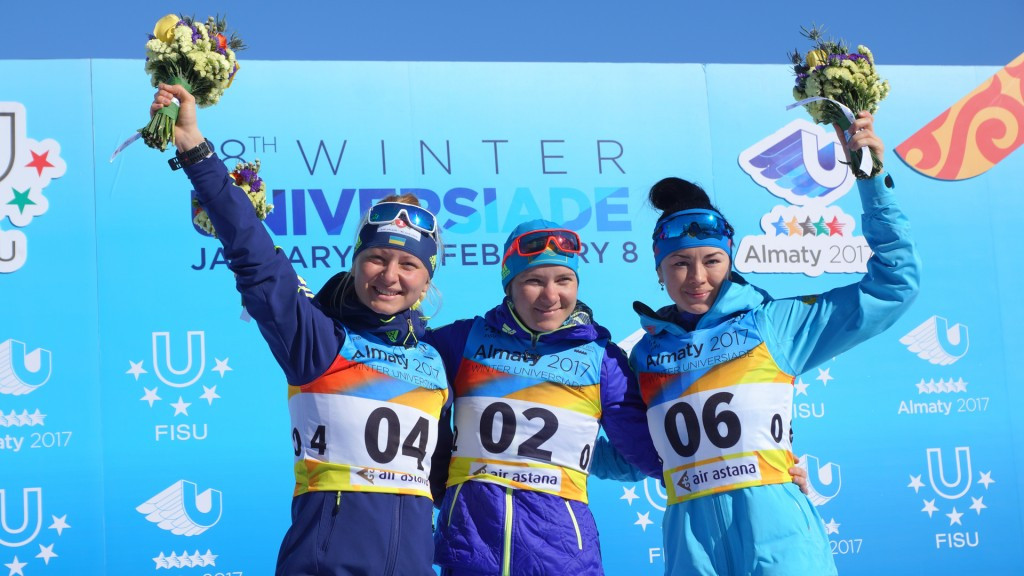 The 22-year-old home favourite clocked an unrivalled time of 36 min 15.4sec at the Alatau Cross-Country Skiing and Biathlon Complex to add to her success in the women’s 7.5km sprint last week.

She hit all the targets during the first three shooting rounds and despite missing once in the last, it did not prevent her from securing victory.

Closest challenger Yana Bondar of Ukraine was 1:02.3 behind, while Russia’s Larisa Kuklina was 1:13.1 back in third place.

"The race went well for me.

"The spectators supported me, motivating me to win.

"I have managed to come first thanks to my experience."

Kazakhstan's Darya Ussanova lost her chance of winning a medal after missing four targets during the last shooting round, ending up in fifth place behind compatriot Yelizaveta Belchenko.

Kazakhstan’s Roman Yeryomin finished 13.5 off the pace to take silver, while fellow countryman Anton Pantov was 27.7 back in the bronze medal position.

Victory for Jouty ensured his second gold medal of the 2017 Winter Universiade having triumphed in the men's 20km individual event last week.