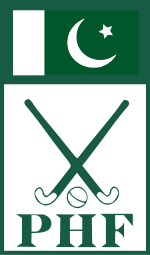 The Pakistan Hockey Federation (PHF) has put the blame on hosts India after being thrown out next month’s Men’s Junior Hockey World Cup in Lucknow for failing to meet the official deadline for submitting the travel documents of its players.

According to the International Hockey Federation (FIH), the decision to officially withdraw Pakistan’s invitation to the event followed considerable discussions with the PHF and requests for confirmation that they had the necessary arrangements in place to be able to participate in the event.

However, the PHF has branded the world governing body’s move as "pre-planned" with secretary Shehbaz Ahmed holding India responsible for the debacle.

"Pakistan did not delay any schedule obligation and it is all India’s fault to not issue visas to Pakistan’s delegation before deadline," he was quoted as saying by the Dawn newspaper.

"We had planned training camps for our players so how can we delay any schedule to jeopardise our participation.

"I had already seen it coming that this decision by FIH is going to go against Pakistan."

The FIH has now invited the Malaysian junior men’s team to take part in the competition, which is scheduled to take place at the Major Dhyan Chand Hockey Stadium from December 8 to 18.

"FIH regrets that Pakistan's men’s junior team will not be able to take part in this year’s Uttar Pradesh Hockey Junior World Cup even though they had officially qualified," a statement read.

"Visas had been applied for after the official deadline and no accommodation was confirmed within the set deadlines.

"Despite a number of correspondence and reminders, the PHF was not able to show that their team would be able to travel to Lucknow for the event which begins in only a few days’ time.

"FIH has substantial contractual obligations to its partners to deliver a full number of matches at the forthcoming Uttar Pradesh Hockey Junior World Cup Men, Lucknow 2016.

"With the event starting in only a few days’ time, it was the last possibility for FIH to ensure the quality of the event, with a full complement of 16 teams playing in Lucknow."

Earlier this month, newly-elected FIH President Narinder Batra warned India and Pakistan will be forced to honour their international commitments if they both compete in the new global home and away league amid continued political tension between the two countries.

The Indian, who became the first-ever Asian to lead hockey’s worldwide governing body with a comprehensive election victory on November 12, insisted the two teams would have no choice but to travel to each other's country should they join the competition.

The event is due to be launched in 2019 as part of an event reshuffle at the FIH and which will offer Olympic qualification.

Batra, the President of Hockey India before he succeeded Leandro Negre at the helm of the FIH, admitted, however, that a neutral venue may have to be used if the teams both enter the league and Pakistan is not deemed politically safe.

The 59-year-old, who earned 68 votes in the first round to beat challengers David Balbirnie of Ireland and Australia’s Ken Read to secure the FIH Presidency, claimed that hockey tensions between India and Pakistan had cooled recently.

He said he had held a meeting with the PHF during the Hockey Revolution Part II Conference and Congress in Dubai to settle their differences after Pakistan upset their opponents with overly-wild celebrations after earning victory over the hosts at the 2014 Champions Trophy in Bhubaneswar.