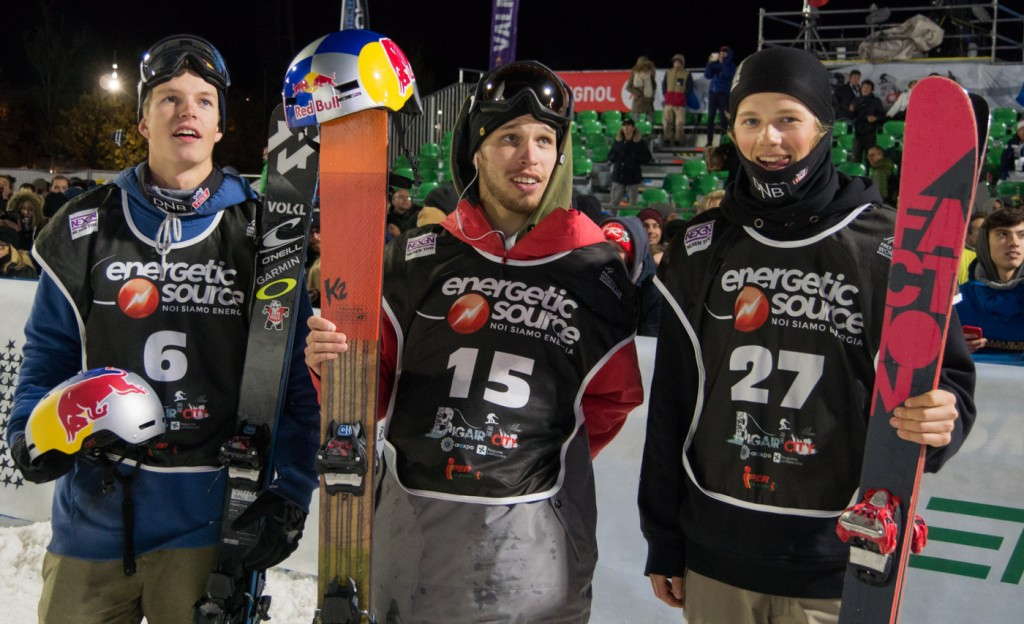 The Swiss star, the halfpipe champion at the 2012 Winter Youth Olympics in Innsbruck, was in fine form in the Italian city.

He was awarded 179.80 points for his performance to earn the maximum available haul of 100 World Cup points.

Mahler managed to nail a carved left-side triple 1620 safety and a slick switch double misty 1260 mute to win the day.

His effort saw him beat two Norwegians into silver and bronze, with the second step on the podium going to Oystein Braaten who scored 178.60.

"It feels amazing to win the competition tonight," Mahler said.

"It’s been a while since the last time I’ve stood on the podium so it’s really a great feeling.

"I’ve learned the triple 16 a month ago and I’m super stoked to be able to pull it down here."

"The organisers did a great job preparing the ramp and it was a great competition, I’m super happy to have been a part of it," said Zimmerman.