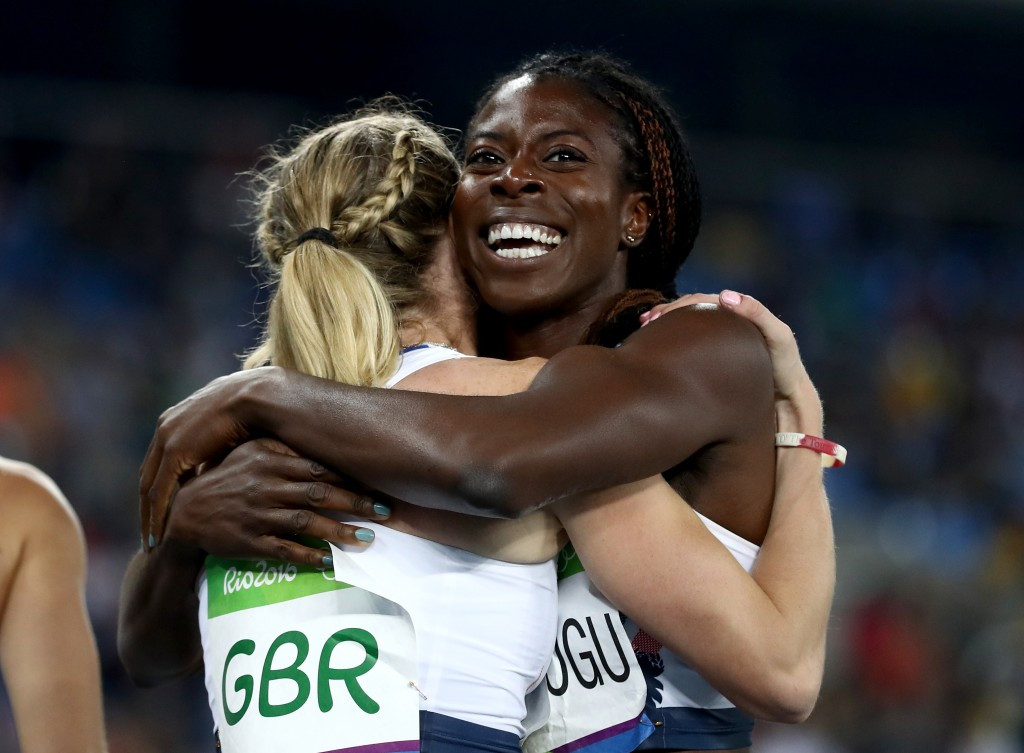 Former Olympic 400 metres champion Christine Ohuruogu is one of several leading athletes to have had their National Lottery funding cut for the 2017 season, British Athletics revealed today as it released its new world-class performance programme (WCPP) selections.

The 32-year-old Londoner has been downgraded from top-level podium funding to relay funding, while injury-plagued former 400m hurdles world champion Dai Greene and James Dasaolu, Britain's second fastest man ever over 100m, have both been stripped of their funding completely.

The total number of Olympic athletes on podium funding has dropped from 21 to 15 ahead of next year's World Championships in London, with the retired Jessica Ennis-Hill, sprint hurdlers Andy Pozzi and William Sharman, 1500m runner Laura Weightman and 800m runner Andrew Osagie joining Greene and Ohurougu in dropping off the list.

American-born 100m hurdler Cindy Ofili, whose sister Tiffany Porter is already on the top list, has been awarded top-level funding after finishing fourth at the Olympics in Rio de Janeiro.

Pozzi remains on the WCPP, but has been relegated to the lower-level podium potential funding.

In addition to the 15 athletes on the Olympic podium programme, there are 23 on the Paralympic one including Rio 2016 champions Libby Clegg, Hannah Cockroft, Kadeena Cox, Jonnie Peacock, Richard Whitehead  and double silver Stefanie Reid.

A total of 29 athletes are included on the Olympic podium potential programme, with 24 joining the Paralympic equivalent.

A further 27 athletes are funded as part of the relay squad.

Dasaolu, who has not progressed since running 9.91sec three years ago, dropped to relay funding last year and, despite being part of the squad which won gold at the European Championships in Amsterdam in July, has now gone from the programme completely, indicating he is no longer in Great Britain's sprint relay plans.

The 29-year-old has paid the price for a poor season in which he could only make the semi-finals of Rio 2016 and was then dropped from the team for the 4x100m relay final.

Ohuruogu, Olympic champion in 2008 and silver medallist at London 2012, and also twice a world champion, failed to qualify for the 400m final at Rio 2016, although she did help the relay team win bronze.

Greene won the world title at Daegu in 2011 and was captain of the British athletics team at London 2012, where he finished fourth.

He has since struggled with injuries, and was forced to miss Rio 2016, although this has not prevented him making a strong commitment to training for the coming season.

"You know it’s been a tough day when you start slurring your words and struggling to construct proper sentences," he tweeted on October 25.

Bobsledder Joel Fearon, who competed at the Sochi Winter Olympics and this year became the joint third-fastest Briton over 100m by running 9.96, is part of the relay set-up, though.

The 28-year-old, who finished fifth at Sochi 2014 as part of the the four-man bobsleigh team, did not qualify for Rio 2016 as his time came too late.

British 800m runner Michael Rimmer responded to the omission of Rio 2016 5000m finalist Eilish McColgan from the Lottery listings, tweeting: “Imagine smashing your PBs running 4.03 & 15.05 with the small matter of an Olympic final too. Then @BritishAthletics tell u it’s not good enough".

Weightman, the Commonwealth silver medallist and European bronze medallist at 1500m who reached this year’s Olympic final, tweeted after her omission: “It doesn’t matter…I run because I love it, this doesn’t change that”.

British Athletics performance director Neil Black said: "Twenty sixteen was an excellent year for the British Athletics teams at both the Olympics and Paralympics, winning more medals in Rio than in London 2012.

"But we are now at the start of a new Olympic and Paralympic cycle, so we need to build a team that is focused towards further success and improvement at Tokyo 2020 - our selections reflect this.

"With a core group of established athletes and a large group of young and emerging talent, this is an exciting time for British Athletics."