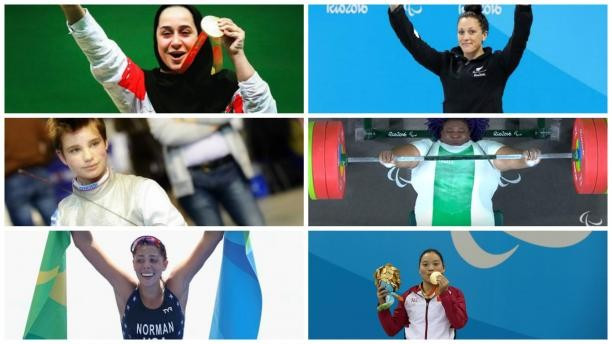 The International Paralympic Committee (IPC) has revealed the nominees for the Best Female Athlete of September award based on performances at the Rio 2016 Paralympic Games.

Sareh Javanmardidodmani is the first to have been nominated after she made history by becoming Iran's first ever female gold medallist in Paralympic shooting.

After winning the women's 10 metre air pistol SH1 gold medal, the 31-year-old followed that up with a second gold in the mixed 50m pistol SH1 event.

Grace Norman of the United States has also made the shortlist after she upset Great Britain’s favourite Lauren Steadman to win the women’s Para-triathlon PT4 event on the sport’s Paralympic debut.

Meanwhile, Josephine Orji of Nigeria has also been shortlisted.

The world’s strongest female Paralympian came to the fore to smash the world record to win the women's over-86 kilogram powerlifting gold medal.

The world champion lifted 160kg in the fourth round.

This included a world record in the 200 metres individual medley and a Paralympic record in the final of the women’s 100m butterfly.

Beatrice Vio of Italy is the fifth athlete of the six in the running.

The 19-year-old wheelchair fencer was the favourite for gold in Rio and she duly delivered on her Paralympic debut, as she won the women’s individual foil category B title.

China's Li Zhang completes the list of nominees after she left Rio as the most decorated Chinese Paralympian.

The vote closes on October 21 and the public can vote for their winner online.

As a result of the Rio 2016 Paralympics taking place in September, the IPC have opted to separate its monthly Allianz award - which is normally open to all Paralympic athletes – into three separate categories.