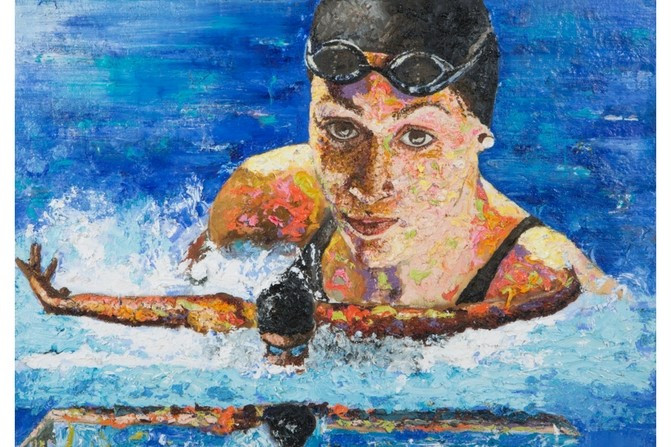 Portraits painted of Paralympians from New Zealand as part of the country’s "Spirit of Gold" initiative have been made available for sale following the success of the nation’s athletes at Rio 2016.

Paralympics New Zealand (PNZ) are seeking buyers for the collection of 12 paintings, created 18 months before the Games.

It features a number of New Zealand’s most well-known summer and winter Paralympians, including swimmer Sophie Pascoe, winner of three gold medals at Rio 2016.

Corey Peters, Adam Hall and Carl Murphy, all currently preparing for the Winter Paralympic Games in Pyeongchang in 2018, are among other athletes depicted.

The series of portraits, painted by Amber Stephens, does not feature all of the athletes from New Zealand which won a medal at Rio 2016 due to the collection being released a year-and-a-half before the start of the Games.

It was created under the PNZ’s "Spirit of Gold" scheme, designed to generate awareness and community engagement in Para-sport in New Zealand, which also attempted to raise money for the country’s athletes who competed at the Paralympics.

The portraits were shown to fans and members of the public across the country as part of the "Spirit of Gold" tour, staged to ramp up enthusiasm for Rio 2016.

PNZ chief executive Fiona Allan is hopeful the potential buyer will commission Stephens to paint portraits of the country’s other Paralympic medallists in a bid to “expand” the collection.

"The Spirit of Gold Collection has toured the country with the support of our partners in the build-up to the Rio 2016 Paralympic Games," she said.

"The collection has provided a unique way to raise awareness in the community and further increase the understanding of Para-athletes and Para-sport.

"The collection has stimulated conversation and interest throughout New Zealand with over 80,000 people having seen the portraits first hand in 65 different locations.

"We would ideally like the collection to be purchased in its’ entirety in order continue and build upon awareness and change attitudes for years to come."

New Zealand finished in 13th place on the medals table at Rio 2016.

They won a total of 21 medals, nine of which were gold.

Their performance at the Games has been described as "staggering" by PNZ.