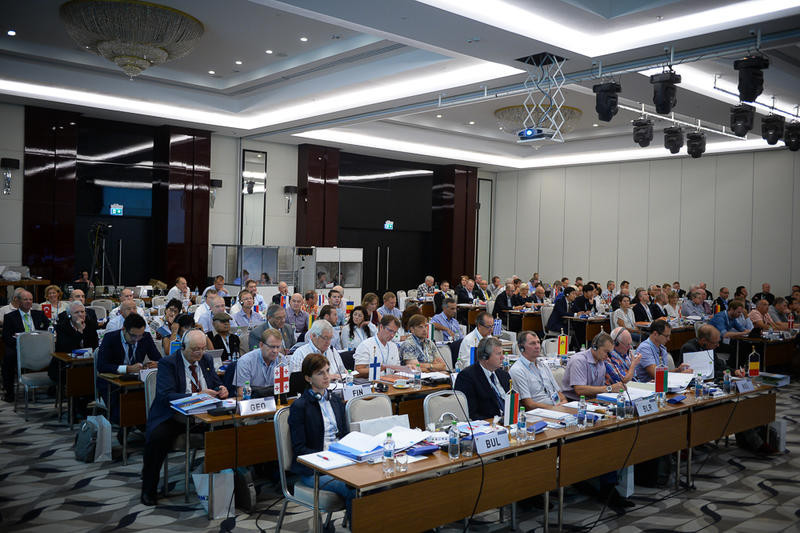 Tyumen in Russia has been awarded the 2021 International Biathlon Union (IBU) World Championships, despite the International Olympic Committee (IOC) urging Winter Federations not to stage major events in the country in the wake of the McLaren Report.

The Russian city, which played host to this year’s Open European Championships, was chosen ahead of Czech resort Nové Město na Moravě and Pokljuka in Slovenia at the IBU’s Congress in Chisinau in Moldova with 25 votes.

Antholz in Italy was given the hosting rights for the 2020 World Championships, with Pokljuka again missing out along with the German town of Oberhof.

Nové Město na Moravě withdrew their bid for 2020 before the vote took place.

They also pulled out from the race for the 2018 IBU Congress.

Following the release of the McLaren Report in July, which alleged the presence of a state-sponsored doping scheme in Russia, in place at flagship events such as the 2014 Olympics and Paralympic Games in Sochi, the IOC asked Winter Federations to freeze preparations for any competitions in the scandal-hit nation.

This included World Championships, World Cups and “other major events under their responsibility”.

The IOC also called on the Winter Federations to actively seek alternative hosts for upcoming competitions in Russia due to the "detailed references to the manipulation of samples during the Olympic Winter Games Sochi 2014".

So far, however, none have been stripped from the country, with the World Mixed Curling Championships due to be held in Kazan next month.

The International Bobsleigh and Skeleton Federation World Championships are scheduled to take place in Russia from February 13 to 26.

The 2021 IBU World Championships will be the first to ever be held in Tyumen.

The 2020 event will be staged in Antholz for the sixth time.

The Italian resort last had the World Championships in 2007 and also previously held the largest annual gathering of the planet’s top biathletes in 1995, 1983, 1976 and 1975.

Biathlon’s worldwide governing body also received a progress update from Pyeongchang 2018 and Beijing 2022, as well as Hochfilzen 2017 and Östersund 2019, the next two hosts of the World Championships.

IBU President Anders Besseberg confirmed biathlon events at the Winter Olympics in Pyeongchang would be held in the evening to accommodate the European television audience.

Wang Yixiang, representing Beijing 2022, asked for "the help and further assistance of the biathlon family during the next five years" due to China’s lack of staging major winter skiing and biathlon events.

insidethegames has contacted the IOC and the IBU for comment.