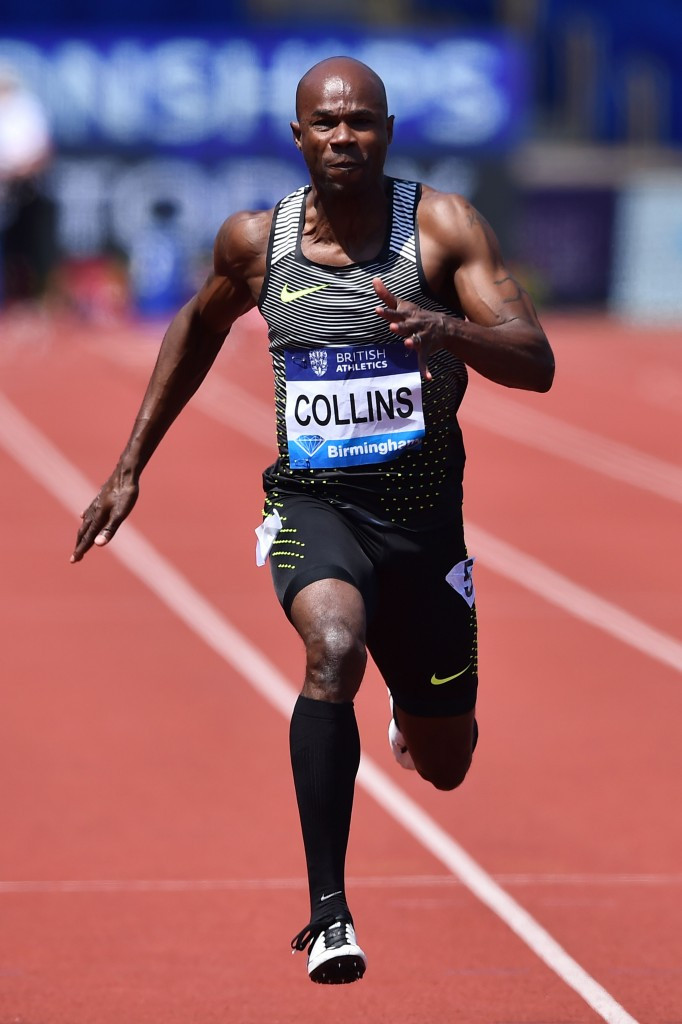 Kim Collins, the 40-year-old former world 100 metres champion who vowed he would never compete for St Kitts and Nevis again after being dropped before his first race at the London 2012 Games, has been cleared to compete for his country in Rio next month at what will be his fifth Olympics.

Collins and the St Kitts and Nevis Olympic Committee (SKNOC) issued a joint statement today announcing that a path has now been cleared for his participation “following closure on the long-standing issues between the two parties".

These issues were discussed via a teleconference on Saturday involving Collins, his wife and coach Paula and SKNOC representatives.

"I am extremely happy that our longstanding issues have finally been put to rest, and I will once again have the honour of representing my country in track and field,” Collins said.

“With this behind us, my coach and I will now continue to put our full focus on ensuring that I am in the best shape for the Rio 2016 Olympic Games."

Alphonso Bridgewater, President of the SKNOC, said: “I personally welcome this new development and am pleased that Mr Collins is now willing to compete for his country.

“The full extent of our energies must now be focussed on the final preparations and performance of the St Kitts and Nevis Olympic Team in Rio.”

On the day the men’s 100m competition began in London, Collins tweeted: “For those who saw me run in Mexico.

"That's the last time I represent my country.”

Officials said he was de-selected for leaving the Olympic Village and making an unauthorised overnight stay with his wife, but Collins told insidethegames in February that he was still unclear why he had been excluded, claiming: "I don’t know why - I really don’t."

At the time, Collins - who had been the flag bearer at the Opening Ceremony - told BBC Radio Five Live: "I'm about to go and change my flight and go home and see my kids who I haven't seen for a while.

“I've been disrespected for too long, for too many years."

Collins has said his London experience had a deep effect on him.

"The moral of which was that when life comes at you, you either take it and die or you fight back.

"I learned to fight back.

"Each time I couldn’t go to a World Championships or Olympics I did it the honourable way, which was to run faster."

Although Collins returned to the national team for last year’s World Championships in Beijing, after political changes in his home country had enabled a reconciliation to occur with his National Athletics Federation, he still needed to convince his National Olympic Committee to consider him for selection in Rio.

The official SKNOC position is that it has given its blessing to the athletics body to select Collins, as long as he now signs off and adheres to the standard SKNOC Athletes' contract for representation in Rio.

Collins has now run at eight World Championships, having contested every version from 1999 to 2011, where he added 100m bronze to the gold he won in 2003.