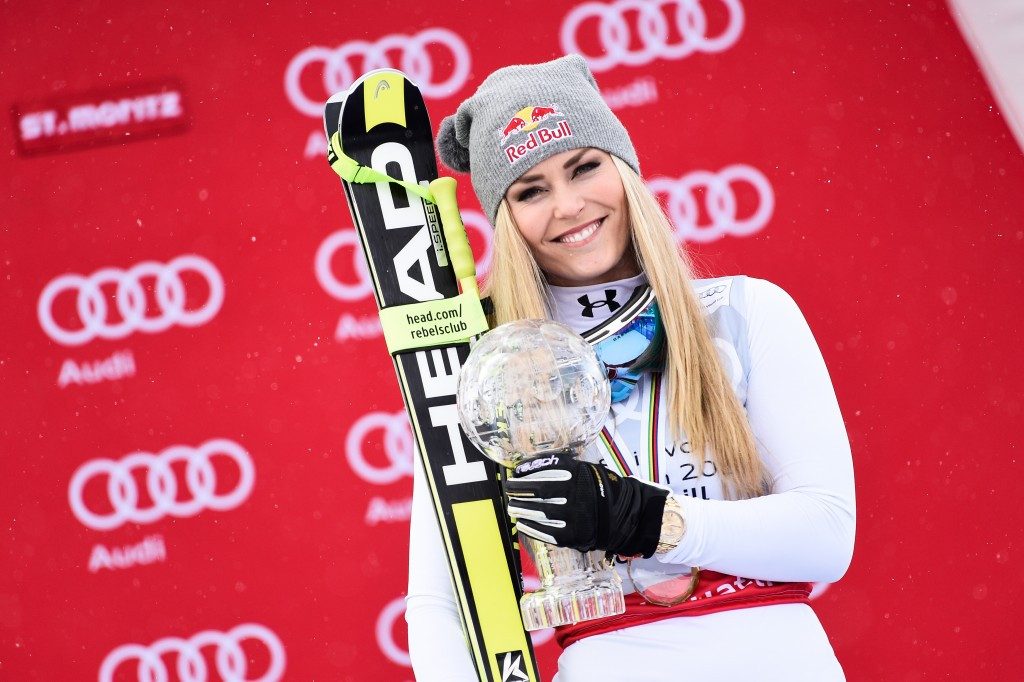 The 31-year-old has been included among the eight nominations in the women’s A Team for the season, while seven men have also been selected.

Vonn enjoyed a successful World Cup campaign last year, as she broke Annemarie Moser-Proell's 36-year-old record for most downhill victories en-route to clinching the overall title for the eighth time in her career.

The Vancouver 2010 Olympic downhill gold medallist had been in contention for the Super-G and overall titles, but after suffering a fractured leg during a crash in Andorra was forced to bring her season to a close early.

She is joined in the nominations by Mikaela Shiffrin, the Sochi 2014 slalom gold medallist, who claimed five victories in the discipline during the last World Cup season.

Double Olympic champion Ted Ligety has been included among the men’s nominees, with the 31-year-old looking to build towards the defence of his giant slalom title at the 2017 FIS Alpine World Ski Championships in St. Moritz, Switzerland.

The five-time world champion has been joined by veteran Bode Miller, a super combined gold medallist at the Vancouver 2010 Winter Olympic Games.

Each of the skiers were required to have achieved one top 25 finish on the World Cup Start List in either downhill, slalom, giant slalom or Super-G to receive a nomination to the A Team.

One top 15 placing in a super combined event was also enough to secure the spot.

Should the skiers accept their places, they will receive "a high level of world-class programme support, along with access to the United States Ski and Snowboard Association (USSA) Center of Excellence", the governing body claims.

The USSA also state that they will benefit from elite coaching, sport science, sports medicine and high performance staff, while they will receive education opportunities.

The team is officially set to be announced in the Autumn.