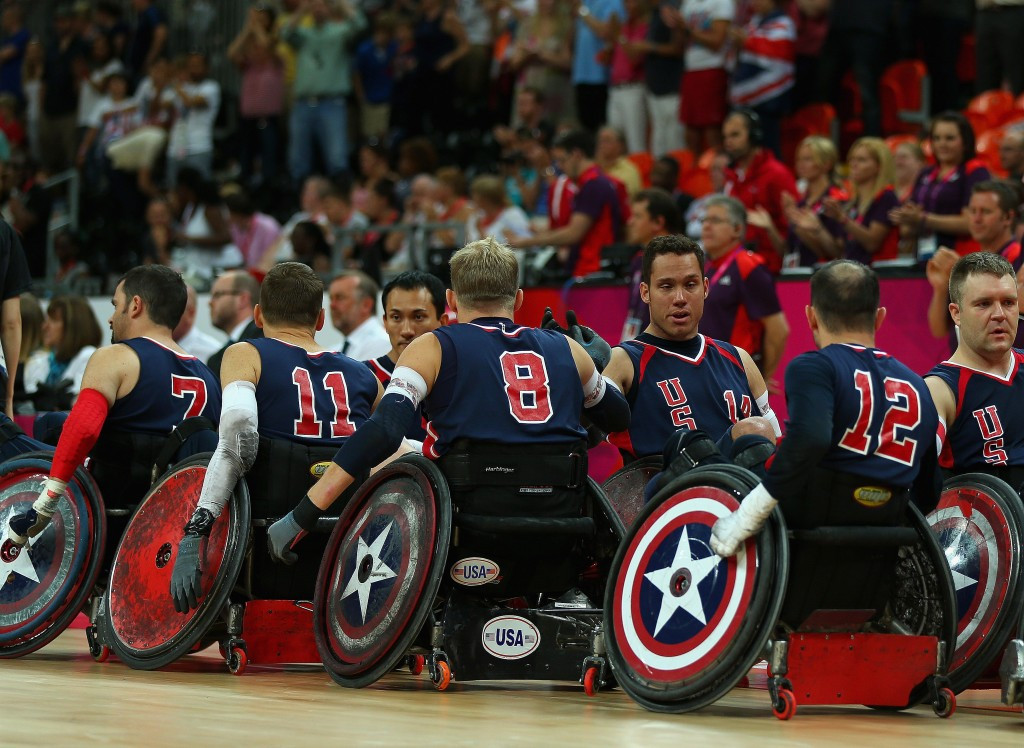 The result for the Americans came after they had swept aside rank outsiders Switzerland 60-37 in their opening match of the penultimate day of the event.

The confident win over the Swedes, their fifth consecutive success, means they cannot be surpassed at the summit of the leaderboard in the seven-team round-robin tournament.

Paralympic gold medallists Australia are the only other team who can finish with five victories but even if they overcome hosts and world number one ranked Canada, they will still be denied the trophy due to their defeat to the Americans yesterday.

Australia edged past Britain 53-47 in their first match of the day before their crunch clash with Canada, a repeat of the London 2012 Paralympic Games gold medal match.

The eagerly-anticipated encounter began at a sluggish pace as Australia edged the first quarter 12-11, which they then turned into a 26-22 half-time lead.

From that point on, the Australians held firm and eventually saw out a 54-43 triumph, ending Canada’s gold medal hopes.

The home side are in danger of finishing outside of the medals for the first time in the six editions of the Canada Cup and will need to beat their North American rivals tomorrow to stand any chance of a podium place.

“Sometimes, it's hard to say what team is going to show up," said Canadian coach Kevin Orr.

"When we play our style of play, we're awesome.

"We've got some work to do.

Elsewhere, Japan picked up two victories as they ousted Sweden 58-48 and Britain 59-43 to move to a three win and two loss record.

The tournament in Canada, the last major event before the Rio 2016 Paralympics, concludes tomorrow.