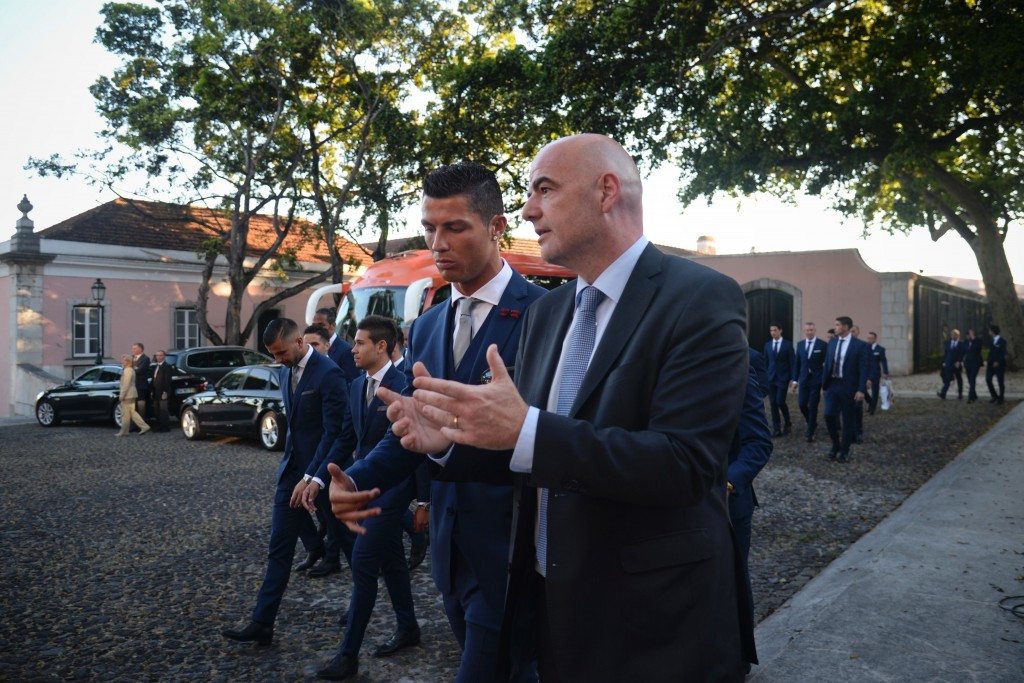 FIFA President Gianni Infantino is facing new questions about his expenses after a German newspaper published a string of allegations.

The 46-year-old Swiss has endured a difficult start in the top job at world football's governing body since taking over from disgraced compatriot Sepp Blatter on February 26.

That has now been exacerbated by the claims printed by Frankfurter Allgemeine Zeitung (F.A.Z), which says it has obtained documents that suggest Infantino acted "unethically" during his first three months in charge.

The newspaper says that it has sent its evidence to FIFA's Ethics Commission - which has the power to investigate the President.

FIFA, though, have denied any suggestion Infantino has acted improperly as they try to play down claims that corruption still lingers within the organisation even after the removal of Blatter.

Among the allegations published are claims that Infantino made a number of private purchases at FIFA's expense, including a fitness stepper machine, mattresses, a tuxedo, flowers and football boots.

Infantino's use of a third vehicle - in addition to his personal car and the FIFA chauffeur service - was also questioned with F.A.Z saying car services had mainly been used by Infantino's entourage as most of the time he was outside of Switzerland.

They also claimed trips taken by private jet from Geneva to both Russia and Qatar - the hosts of the 2018 and 2022 World Cups respectively - had been made with no bill issued.

FIFA told the newspaper that Infantino had accepted travel invitations extended by Vitaly Mutko, the Russian Sports Minister, as well as the Russian and Qatari Organising Committees.

Infantino has faced other allegations from Germany during his short tenure so far with newspaper Die Welt alleging earlier this month that he was facing the prospect of a 90-day Ethics Committee ban for ordering the deletion of a recording of a Council meeting on the morning of FIFA’s Congress in Mexico City in May.

It was alleged that Infantino had attempted to get the Council, the rebranded Executive Committee, to agree to the sacking of FIFA Audit and Compliance Committee chair Domenico Scala.

Following the reluctance to go along with the scheme, Infantino reportedly went about finding a way to remove Scala from his position.

He then proposed in Mexico City that the Council be given the power to remove heads of its Independent Committees without putting it to a vote of the 211 Member Associations.

Following the passing of the motion, Scala stormed out of the Congress Hall, furious at the decision that had just been taken, and resigned the next day.

They also insisted that the original copy of the tape had been stored in their files.