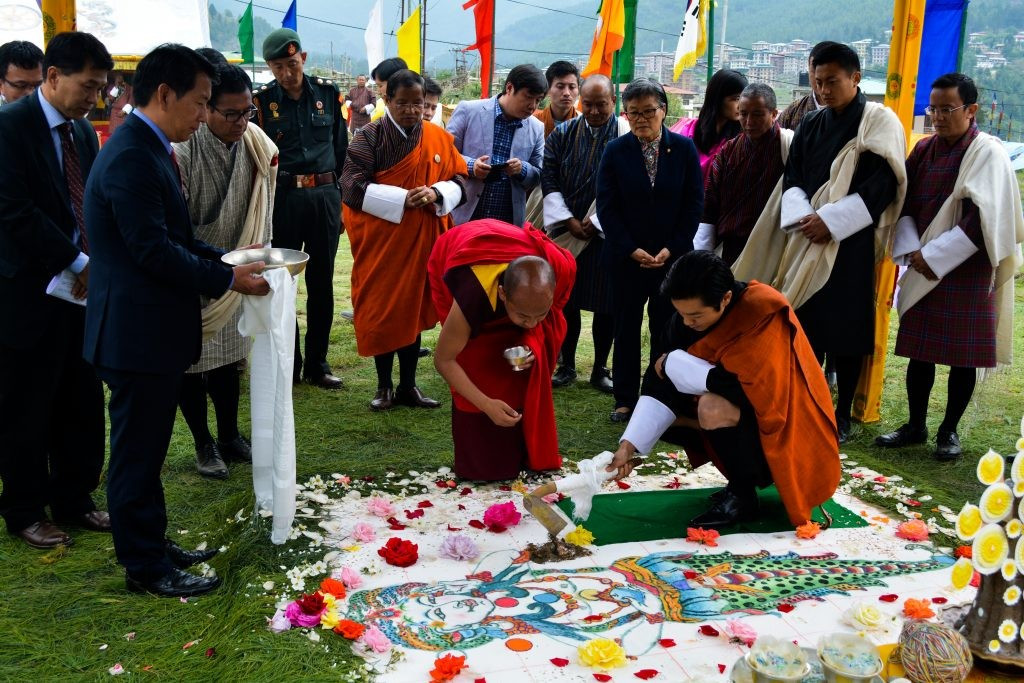 The Bhutan Olympic Committee (BOC) have begun the process of constructing a multi-sport hall at Jungshina, in the country’s capital Thimphu.

Development of the site and buying sports equipment for the facility are two of the major contributors to the cost of the project.

Prince Jigyel Ugyen Wangchuck, the President of the BOC, led a ground-breaking ceremony at the site on May 27.

Wangchuck is currently serving his second term, which will last until 2018, having been re-elected last year.

He was joined by National Assembly of South Korea member Elisa Lee and Yoon Woo Shin, who led a delegation from the Korean Sports Promotion Organisation.

Further guests from Thimphu Thromde, the administrative division in the region, and community representatives from Jungshina were also in attendance.