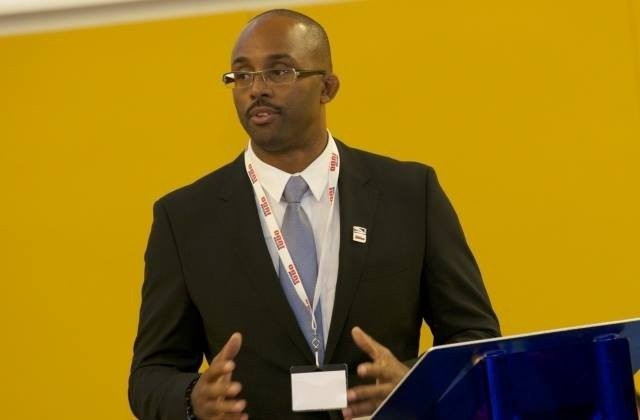 Former British Judo Association (BJA) chairman Kerrith Brown has been “almost entirely” blamed for Glasgow being stripped of the 2015 European Championships in a scathing report published as part of a review into the controversy.

The report, conducted by law firm Hamlin, was commissioned after the event was taken away from the Scottish city by the European Judo Union (EJU) in February of last year.

It recommended disciplinary proceedings be brought against BJA chief executive Andrew Scoular as they found him to be in breach of his contractual obligations.

The BJA confirmed an investigation had been launched into Scoular’s part in the debacle in a statement, with the report claiming he knew what Brown was doing behind the scenes and assisted the former chairman with his actions.

Brown refused to co-operate with the Hamlin report and the choice of the BJA to keep Scoular in his position appears to go against their recommendations, raising questions as to why the governing body commissioned a report at considerable cost only to contravene their findings.

The EJU decision came as a result of a sponsorship agreement the BJA under Brown had entered into with the Ultimate Fighting Championship (UFC), which the EJU claimed did not meet their “values”.

They subsequently removed Glasgow of its hosting rights only eight weeks before the Championships had been due to take place at the Emirates Arena from April 9 to 12, providing an embarrassing situation for judo in Britain and sport in the country in general.

The Championships were subsequently switched to Baku, where they were staged alongside the inaugural European Games.

The report painted a poor picture of Brown after it claimed he personally strove for a contract signed in 2014 between the BJA and the Combat Sports Federation (CSF), of which he was a director, allegedly representing a clear conflict of interest.

Brown, who stood down from his role as BJA chairman in June 2015, “stood financially to benefit” from the deal with the CSF, which was brokering an agreement with the UFC.

The 53-year-old, now the President of the International Mixed Martial Arts Federation (IMMAF), is said to have "deliberately misled" UK Sport, who had asked for confirmation that the EJU had approved the sponsorship deal with the UFC.

Brown, who suffered the disgrace of being stripped of his bronze medal at the Seoul 1988 Olympics after testing positive for banned performance-enhancing drugs, told UK Sport that the partnership had been agreed by the EJU, it is claimed.

In fact the European governing body had not rubber-stamped the sponsorship and the report even alleges he knew they would not approve it due to their tough stance on mixed-martial arts.

The EJU see MMA as a direct threat to their sport.

"Mr Brown entered into contractual agreements with CSF on behalf of the BJA without seeking the consent of the EJU," the report states.

A large majority of the BJA Board were also kept in the dark about the sponsorship deal.

“The events outlined in this review clearly illustrate what can happen if the executive management of a sport’s governing body, here represented by its chairman and chief executive, decide upon and pursue a course of action which they are determined to pursue whatever the wishes of the non-executive board of directors,” the report said.

A statement from UK Sport read: "The report clearly shows that the BJA leadership made some serious errors of judgement in the handling of this event and we are disappointed that these contributed to the removal of the Championships.

"UK Sport confirms that all public money invested into the event has now been fully recovered and that all recommendations within the review will be seriously considered and are being acted upon."

The BJA added that the "chief executive of the BJA continues in the post that he has held since 2012 and the BJA Board and staff look forward to working with the CEO to take our Association forward".

The Hamlins report can be viewed here.