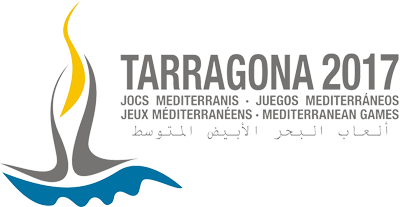 Kosovo's participation in next year's Mediterranean Games here will not be blocked by the Spanish Government they have been promised after a delegation from the Balkan country were refused visas to attend the European Olympic Committees (EOC) Seminar.

Kosovo Olympic Committee (KOC) President Besim Hasani was among those denied the opportunity to attend the two-day event, due to begin in this Spanish resort tomorrow.

The Spanish Government does not recognise Kosovo, claiming that its declaration of independence from Serbia in 2008 did not respect international law.

The decision is mainly due to concerns about the implications for its own territory due to increasing pressure in Catalonia for independence.

Tarragona, where this Seminar is taking place, is one of four Provinces that make up Catalonia along with Barcelona, Girona and Lleida.

It is due to host the 18th Mediterranean Games next year.

Patrick Hickey, President of the EOC, claimed that the decision not to grant Hasani a visa was caused partly by a holiday in Spain but promised it would not happen again.

Even a late appeal from Alejandro Blanco, head of the Spanish Olympic Committee, to Spain's Minister of Foreign Affairs and Cooperation José García-Margallo y Marfil failed to resolve the situation.

"I have been re-assured that it will not be a problem for next year's Mediterranean Games," he told insidethegames.

"All visas will be issued well in advance of the event starting.

"Kosovo will be allowed to compete."

Kosovo were formally admitted to the IOC in December 2014 but have still faced opposition from several countries.

Last month there was a row over Kosovo's participation in the European Judo Championships in Kazan in Russia.

It was only resolved following the intervention of International Judo Federation President Marius Vizer.

It allowed the Kosovan flag to be raised following Majlinda Kelmendi's victory in the women's under 52 kilograms event.

Earlier today, insidethegames reported that the Football Association of Serbia has officially launched an appeal to the Court of Arbitration for Sport over Kosovo’s acceptance into UEFA.

The decision paved the way for Kosovo to join FIFA, potentially meaning they could qualify to take part in the 2018 FIFA World Cup.