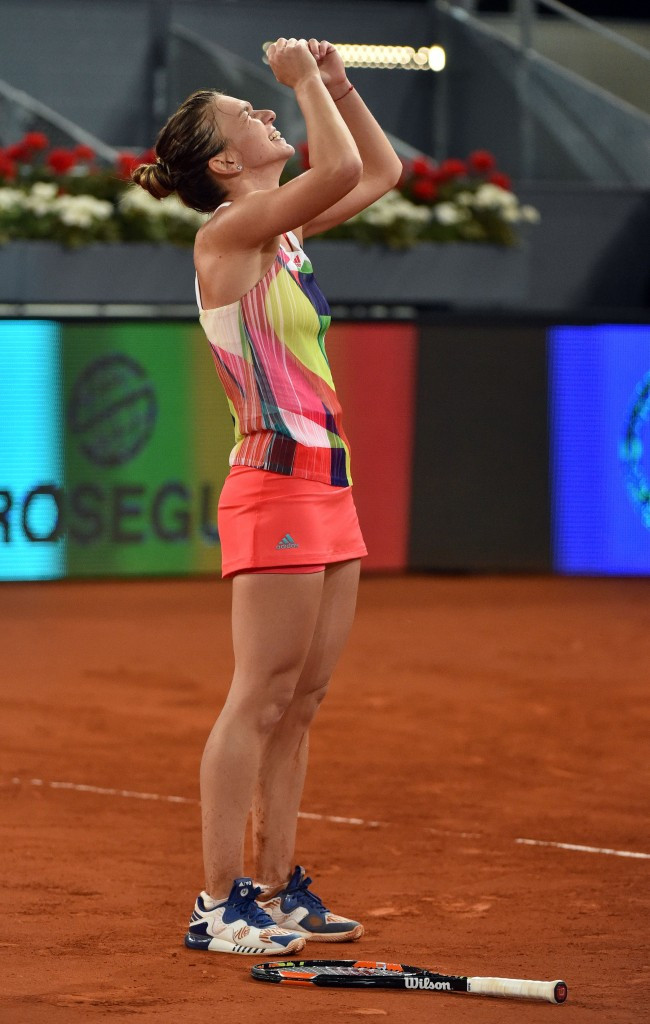 Simona Halep won the women's title at the Mutua Madrid Open after a comfortable victory over Dominika Cibulkova of Slovakia in the final today.

The 24-year-old also made the Madrid final in 2014 where she lost in three sets to Maria Sharapova, but was rarely troubled against the Slovakian.

Her success is her first of 2016, and came in front of a large contingent of Romanian fans who watched the action on the clay.

She dropped just one set all tournament despite initial fears about her fitness, and brushed aside Sam Stosur 6-2, 6-0 in the last four.

"I thought that I would struggle a little bit with her shots, but I was very strong on my legs and could block.

The Scottish Olympic champion saved 11 out of 13 break points in his win against the nine-time French Open champion to disappoint the home crowd.

He will play Serbian nemesis Novak Djokovic in tomorrow's final, after the world number one saw off Japan's Kei Nishikori 6-3, 7-6.