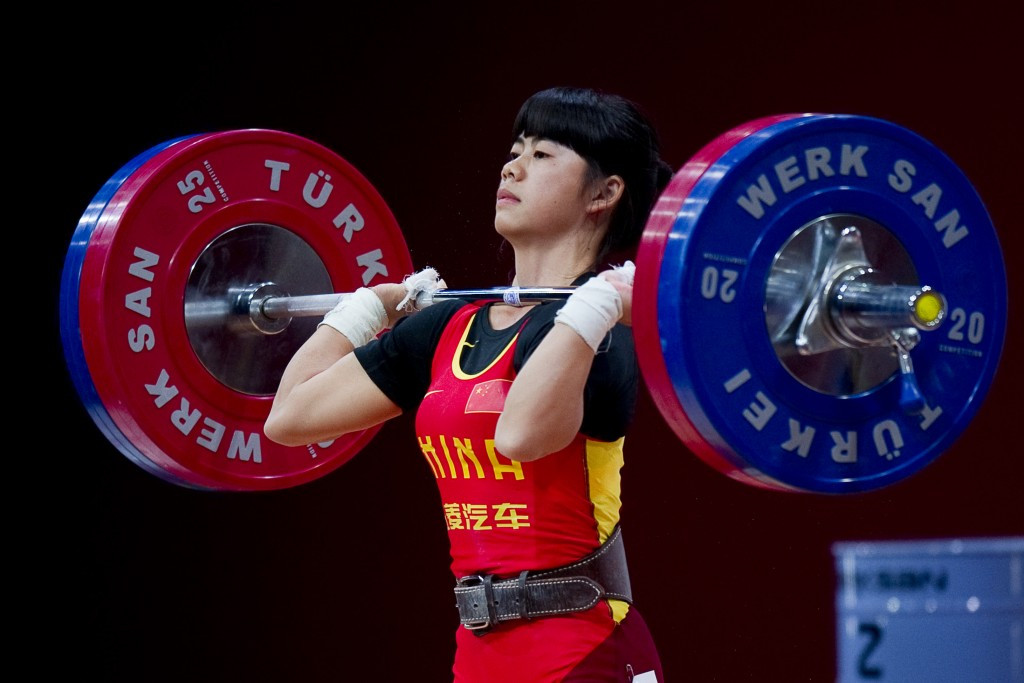 Tan Yayun and Meng Cheng each claimed narrow victories to secure a Chinese double at the Asian Weightlifting Championships at the Uzbekistan Sport Center in Tashkent.

Tan, world champion in 2013 and 2014, snatched a dominant 88 kilograms before narrowly holding on in the clean and jerk finale.

A best lift of 110kg proved enough for her to win in the gold medal by just two kilograms over North Korean rival Ryang Chun Hwa, who managed 111kg after a below par 85kg snatch.

Ryang also finished second behind Tan at the 2013 World Championships after claiming the bronze medal at the 2012 Olympic Games in London.

Panida Khamsri of Thailand took the bronze medal on this occasion with a combined haul of 194kg.

He fought, back superbly, however, managing a 159kg clean and jerk in comparison with just 154kg for his nearest rival.

This secured victory by just a kilogram with his haul of 285kg edging Kruaithong's 284kg.

Li Fabin of China took the bronze medal with a total of 273kg.

The Championships are due to continue for six more days in the Uzbekistan capital.

Belarus' double world champion Andrei Rybakov has been given special dispensation to compete in the under 94kg division at the event, despite being from a European nation.

It follows the lifting of his ban for a failed meldonium drugs test, which meant he had missed the European Championships in Førde earlier this month.