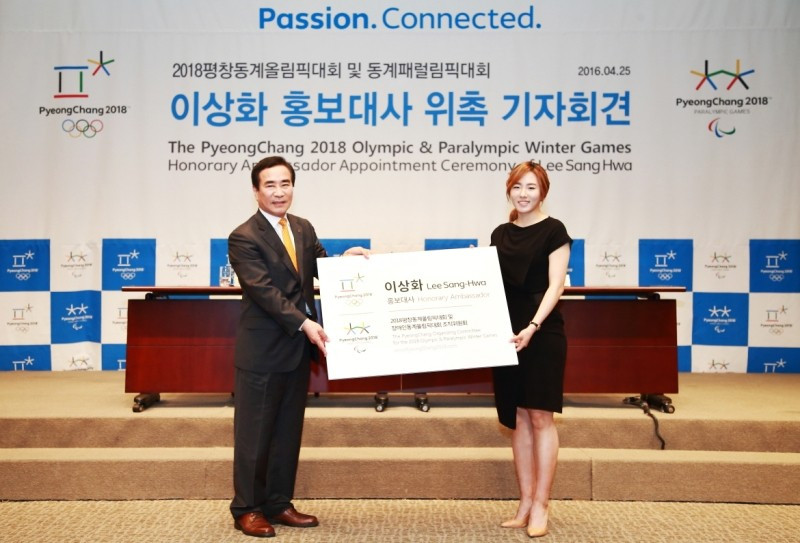 Double Olympic speed skating champion Lee Sang-hwa has become the latest South Korean athlete to be appointed as an Honorary Ambassador for the 2018 Winter Olympic and Paralympic Games in Pyeongchang.

The 27-year-old from Seoul won the 500 metres event at both Vancouver 2010 and Sochi 2014 and is the current world record holder for the distance with a time of 36.36sec.

Lee is also the reigning world champion over 500m and becomes the 16th Honorary Ambassador for Pyeongchang 2018.

“Pyeongchang 2018 is the first Olympic Winter Games to be held in Korea, and as a Korean winter sports athlete, it is an honour to be named Honorary Ambassador for the 2018 Games,” Lee said.

“With less than two years to the start of the Games, I will do my very best both as an athlete and as honorary ambassador to attract sports fans to the Pyeongchang 2018 Olympic Winter Games.”

Lee added another gold to her growing medal collection by winning the 500m at the ISU World Single Distances Speed Skating Championships in Kolomna in Russia in February, raising her status as a prospect for the Olympic title at Pyeongchang 2018.

She is currently continuing with her rehabilitation for an ongoing knee injury and Pyeongchang 2018 secretary general Yeo Hyung-koo claimed  her new role for the Games will not affect her training.

“POCOG (Pyeongchang Organizing Committee for the 2018 Olympic & Paralympic Winter Games) is currently striving to prepare for the successful operations of the Games,” he said.

“It is now time to engage the participation and passion of the world to the Pyeongchang 2018 Games.

“I truly believe that Lee Sang-hwa will play an important role in drawing public attention and interest to the Games.

“Although she will serve as an Honorary Ambassador, we will not interrupt her training.

“We hope she will also stand atop the podium at the Pyeongchang Olympics because that's a win-win situation for both the athlete and the Games.”