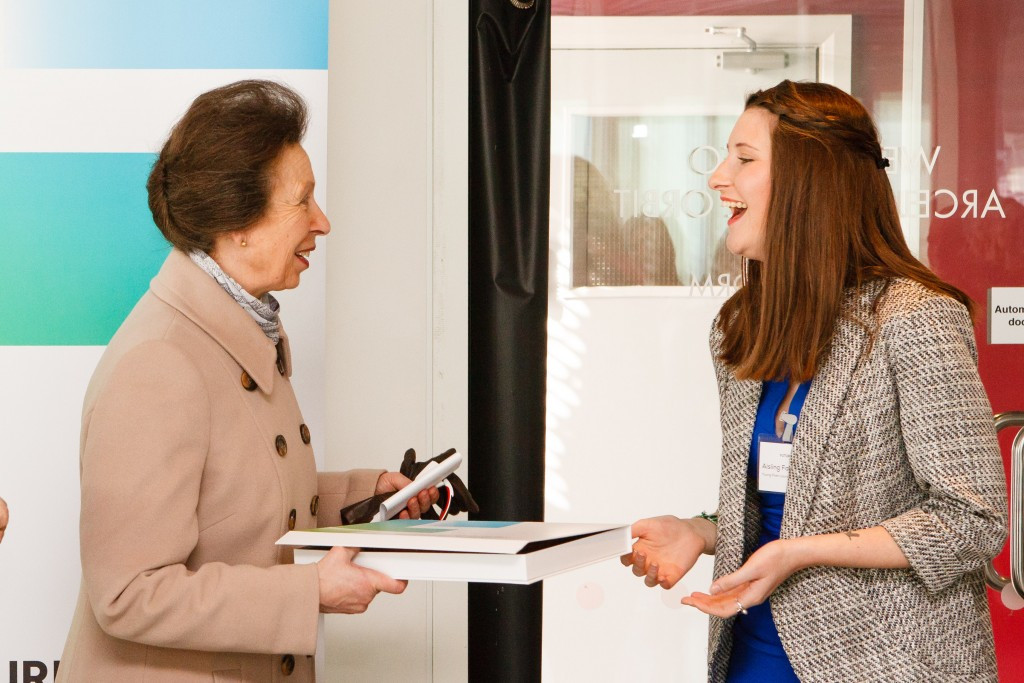 Her Royal Highness Princess Anne visited the Queen Elizabeth Olympic Park to mark her appointment as patron of the Foundation for Future London charity.

The Princess Royal met with children from Gainsborough Primary School at the London 2012 Olympic venue and spoke with architects Allies and Morrison about the Olympicopolis project - which aims to create a "world class education and cultural district" at the site.

Foundation for Future London was created to help realise the potential of Olympicopolis, which forms part of the legacy project surrounding the Games in the British capital.

World-class institutions which have already confirmed a presence at Olympicopolis include the Victoria and Albert Museum, University College London, the University of the Arts London College of Fashion and theatre Sadler’s Wells.

It is hoped that the area will raise expectation and aspiration for the two million people of east London when it is completed.

Kenneth Olisa, the Lord-Lieutenant of Greater London, greeted the royal guest alongside Sir William Castell, chairman of the charity.

"We are delighted to be working with Her Royal Highness to deliver the fullest Olympic legacy ever achieved," said Sir William.

Princess Anne, the President of the British Olympic Association (BOA), is said to have played a key role in London winning the rights to host the 2012 Olympics.

The daughter of Queen Elizabeth II became the first member of the British Royal Family to compete at an Olympic Games when she was a member of the equestrian team at Montreal 1976.

At the Games in the Canadian city, she was the only female competitor not to give a sex test as her royal status allowed her an exemption.

In 1971 she won the individual eventing title at the European Championships in Burghley, an achievement which saw her crowned as the BBC's Sports Personality of the Year.