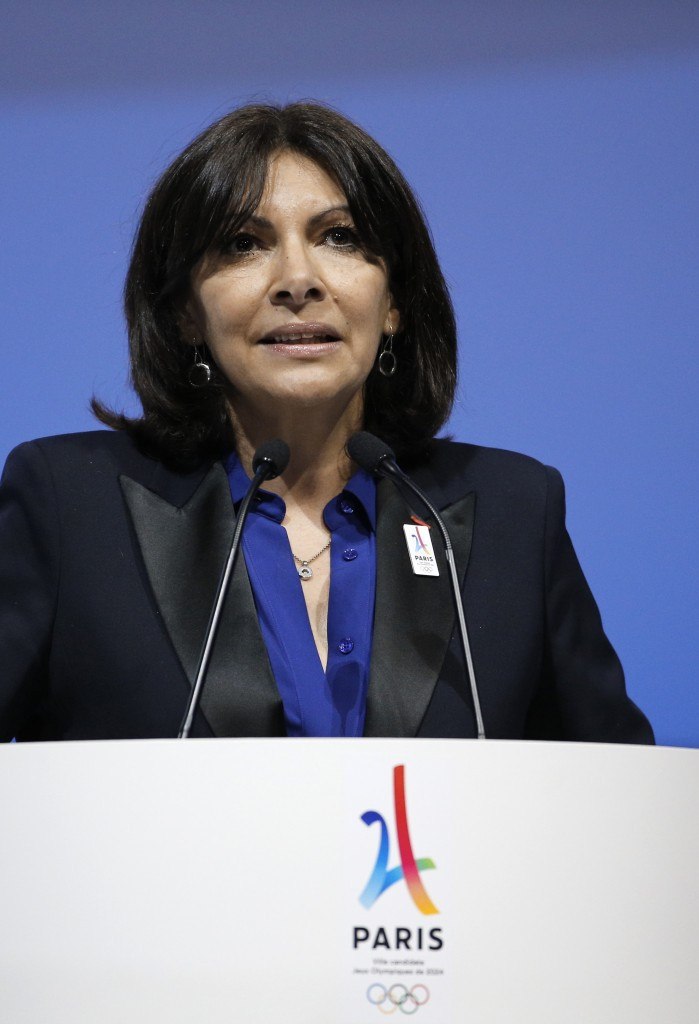 Paris Mayor Anne Hidalgo has claimed that it will be an “honour” to share the city’s vision for the 2024 Olympic and Paralympic Games during SportAccord Convention in Lausanne, which is due to begin tomorrow.

insidethegames exclusively revealed yesterday that Hidalgo would be attending the week-long event at the SwissTech Convention Center as part of the Paris 2024 delegation, with each bidding city allowed a maximum of 10 delegates.

The convention is one of the official events in which bid delegations are permitted, although only 23 voting International Olympic Committee (IOC) members are currently due to attend with four of these set to not even cast a vote.

“I look forward to meeting many members of the Olympic Family in Lausanne and it will be an honour to listen and learn and share our vision for the 2024 Games,” Hidalgo said.

“Paris offers something special as a global city, iconic and modern, harnessing the power of innovation and with sport central to our whole city strategy.

“Parisians and people across France have a strong passion for all Olympic sports and we can guarantee International Federations that their Olympic events in 2024 in Paris will be staged in sold-out venues with enthusiastic and knowledgeable fans and a wonderful celebration of sport and its values.

“Paris 2024 is a bid that also has 100 per cent political support with strong and certain commitment from all levels of Government – it is a city and national priority.”

Hidalgo was previously forced to cancel a proposed visit to Lillehammer in February to attend the Winter Youth Olympic Games after being warned she would have been in breach of strict IOC rules on bidding.

Paris, along with its rivals Budapest, Los Angeles and Rome, received letters from the IOC ordering them not to send representatives to the Norwegian town.

IOC President Thomas Bach denied any such ban existed when asked about it by insidethegames, despite numerous members and officials confirming that the cities had been warned to stay away.

The Parisian delegation currently consists of seven individuals, although co-bid chairmen Bernard Lapasset and Tony Estanguet are down to attend as chairman of World Rugby and vice-president of the International Canoe Federation respectively.

Etienne Thobois, the Paris 2024 chief executive, is down on the delegate list as a representative of the Badminton World Federation, where he is chairman of their IOC and International Relations Committee.

“Paris is fully committed to hosting the Olympic and Paralympic Games – it has been a long held dream for many years and our bid for 2024 is the city’s fourth since 1992,” said Estanguet.

“This is an expression of France’s dedication to promoting Olympism and the desire to place sport at the centre of our community life.

Paris will be the only city represented at SportAccord Convention by its Mayor.

All three cities are sending strong delegations headed by their respective bid leaders, however: Casey Wasserman for Los Angeles, Balázs Fürjes for Budapest and Luca Di Montezemolo for Rome.

The IOC will elect a host at its Session in Peru's capital Lima next year.