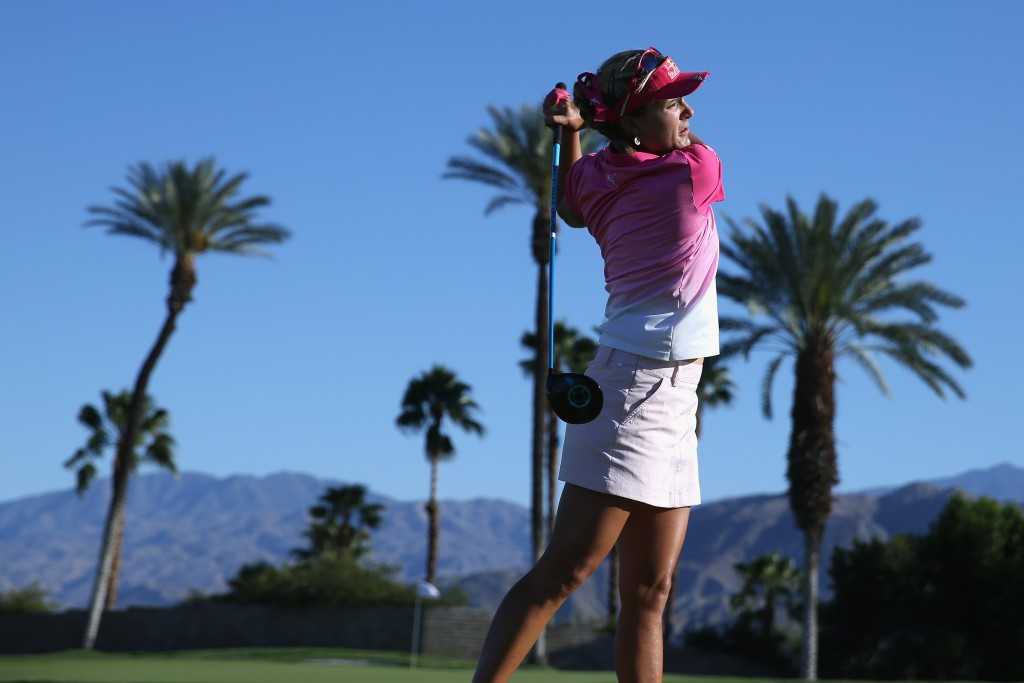 American Lexi Thompson retained her place at the summit of the ANA Inspiration leaderboard in style as an eagle putt on the last hole gave her a one-shot lead going into tomorrow’s final round at the Mission Hills Country Club in Rancho Mirage.

The 21-year-old, who won the tournament in 2014, carded a three-under par 69 in her third round to move to an overall 10-under for the competition, the first women’s major of the season.

World number one Lydia Ko of New Zealand is well placed in the chasing pack on nine-under, along with Ariya Jutanugarn of Thailand and South Korea’s Chun In-gee.

England’s Charley Hull, pursuing her first-ever major victory, is a shot further back and she is accompanied on eight-under by Ai Miyazato, who had started the third round of the tournament as the joint-leader with Thompson.

Jutanugarn was the top-performing player in round three as she went round the tricky Mission Hills course in 67 shots to emerge as one of the contenders for the title.

Despite establishing herself as the front-runner ahead of the crucial final day, American Thompson admitted she had endured a difficult round but hopes the putt on the 18th will give her the confidence to go on and claim her second ANA Inspiration crown.

“But I just tried to remind myself the putts I did make the last two days, and remember those strokes and getting that feeling, and basically telling myself to just put a more confident stroke on it, put some more speed on it.

“To knock it in on 18 is always the most amazing feeling here.

"To finish like that definitely turns around my confidence.