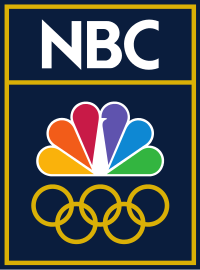 NBC will present more coverage of the United States Olympic Trials than ever before in the months leading up to this year's Olympic Games in Rio de Janeiro, it has been announced.

An unprecedented 76 hours of coverage, including more than 60 hours in primetime, will be broadcast across NBC, NBCSN and NBC Sports Live Extra, surpassing the 67.5 hours of coverage ahead of London 2012.

These include superstar swimmer Michael Phelps, the most-decorated Olympian of all time with 22 medals spanning three Games.

"As the US Olympic rights holder through 2032, the Olympic Trials are a key component to our overall Olympic strategy," said Peter Diamond, executive vice-president of programming at NBC Olympics.

"This year, fans will be able to watch more of the compelling Trials coverage than ever before, as our nation’s most talented athletes strive to represent the United States in Rio."

Coverage is due to begin on April 9 with wrestling from Iowa City and conclude on July 18 with field hockey from Lancaster in Pennsylvania.

All of the events listed on NBC and NBCSN will also be live streamed across NBC Sports Live Extra - NBC Sports Group’s live streaming product for desktops, mobile devices, tablets, and connected televisions.

NBC Sports has already provided live coverage of the US Olympic marathon trials from Los Angeles and the Women’s Olympic Volleyball Qualification Tournament in Lincoln, where the US qualified for Rio 2016.

According to the broadcaster, the figure includes sales of national broadcast, cable and digital adverts during the Games, due to take place from August 5 to 21 in the Brazilian city.

Primetime slots remain available during the coverage and NBC are expecting this summer’s event to produce the highest advertising sales figures of any Olympic Games.