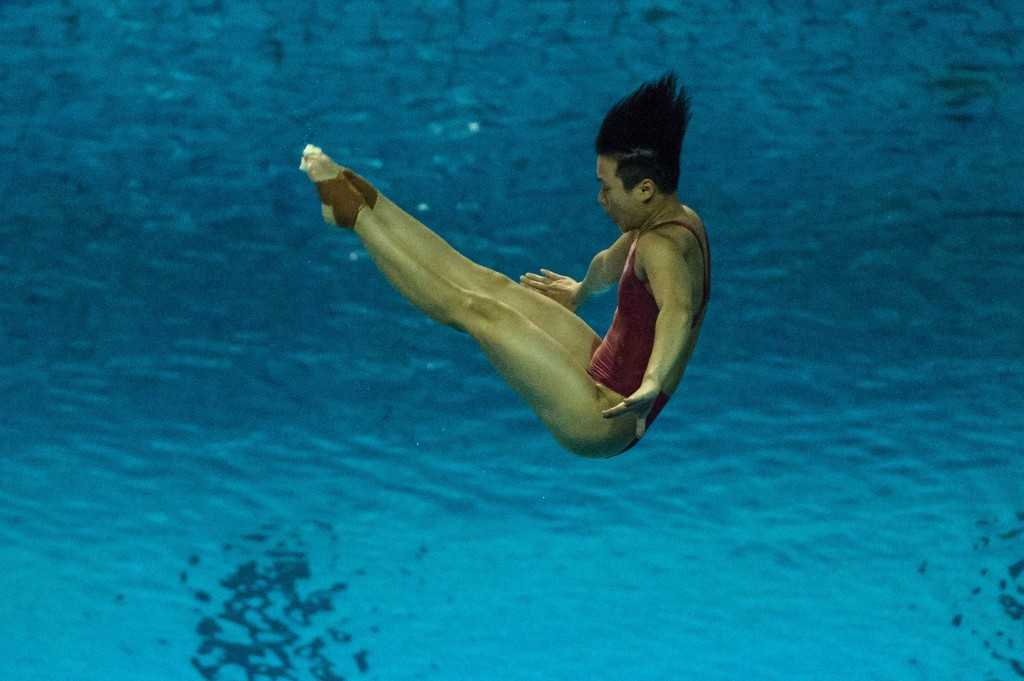 The country completely dominated the event in the United Arab Emirates with their joy continuing in the women's three metres individual springboard on the concluding day of action.

The 18-year-old, a double gold medallist in front of his home fans at the 2014 Youth Olympics in Nanjing, topped the pile as he scored 569.30.

It was a close battle with his compatriot Chen Aisen, however, who finished just behind on 569.15.

Victor Minibaev of Russia claimed the bronze medal after his dives earned him 530.85.

In the final event of the competition, China's Hao collected another gold medal as he teamed up with Wang Han to take victory with a score of 337.50.

There was a second silver medal for Abel after she joined with François Imbeau-Dulac to register 323.46.

Russia gained another bronze thanks to Kristina Ilinykh and Nikita Shleikher who totalled 302.43 points.