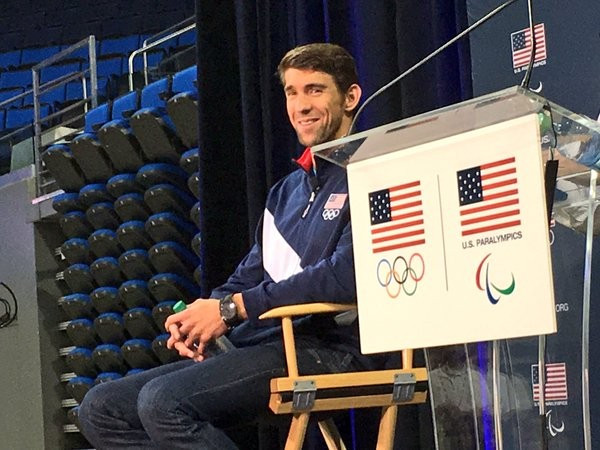 Eighteen-times Olympic champion Michael Phelps has claimed to be in his best shape, "perhaps ever", ahead of what is expected to be the final meet of his illustrious career at Rio 2016.

Phelps, the most decorated Olympian of all-time, won six gold medals as a 19-year-old at Athens 2004, before taking a record eight at Beijing 2008 and a further four at London 2012.

He announced his retirement thereafter, only to return two years later.

The 30-year-old missed last year's World Championships in Kazan, however, due to being handed a six month ban by USA Swimming after he was arrested for driving under the influence of alcohol and speeding charges.

The American now claims to have learned from his mistakes of the past and to be a new man ahead of his final Games.

"In 2012 I wanted nothing to do with the sport anymore," he said here during the United States Olympic Committee Media Summit.

"I was ready to retire and didn’t want to train any more.

"But after a year and a half off, I just randomly decided to jump back in the pool.

"I thought I’d just splash around and see what happens.

"I was enjoying and I just said, ‘what the hell, I don't want my career to end on what if's, I wanted to prepare like I should have in 2012'.

"Now the results are speaking for themselves, I feel like I did back at high school."

Despite winning four gold medals in the British capital, a more than respectable haul for most Olympians, Phelps was full of criticism for his preparations, claiming he did not follow a dedicated training programme.

He now claims to be replicating what worked so well ahead of Athens and Beijing, while also going to bed by 10pm, doing extra solo training sessions on a Sunday and having not drunk alcohol for almost a year a half.

Despite not competing in the World Championships, Phelps swam the fastest time in the world in three events last year: the 100 and 200 metres butterfly and 200m individual medley.

He refused to reveal what events he is planning on swimming this time around.

Phelps is also boosted by the fact that he and fiancee Nicole Johnson are expecting their first child in May and are currently planning their wedding.

"You guys will see a difference and a change," he added, in a philosophical vein.

"I'm more relaxed in my own skin than I've ever been.

"I'm the happiest I've ever been.

"And it's showing in my performance."