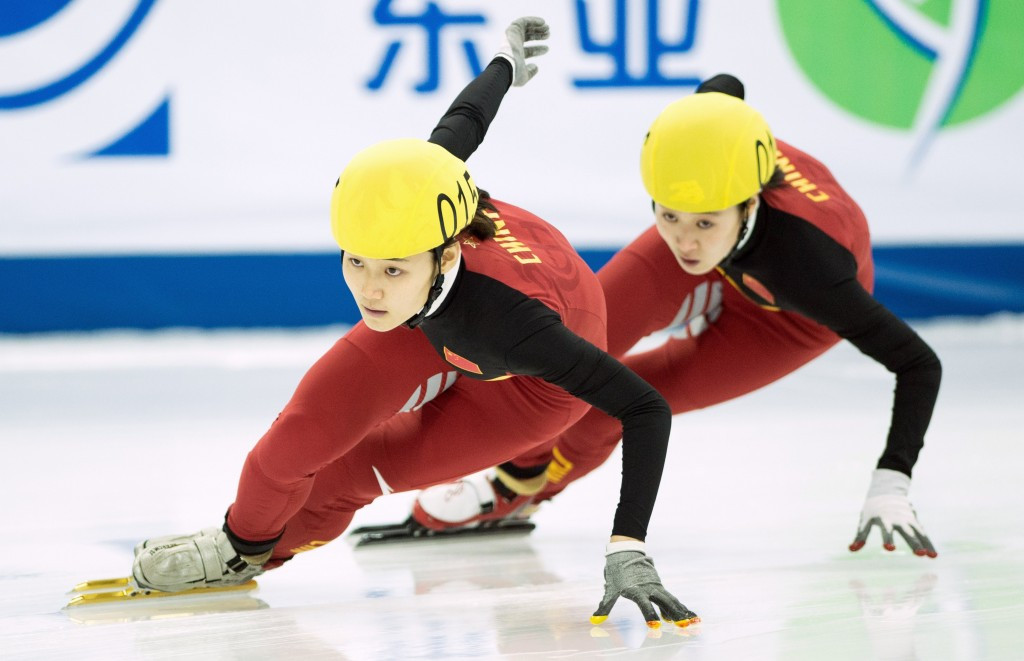 Lin Yue led home a clean sweep for China in the women’s 1,500 metres short track event at the International Skating Union (ISU) Shanghai Trophy as the hosts secured both golds on offer on the opening day of competition.

Yue clocked a time of 2min 24.797sec to ensure she topped the podium ahead of team-mate Guo Yihan, who finished comfortably adrift in 2:29.509.

Olympic 1,000m silver medallist Kexin Fan completed the Chinese monopoly of the medals as she came through to take bronze.

Han, a member of the Chinese team which won 5,000m relay gold at last year’s World Championships in Moscow, finished in front of South Korea’s Lim Yongjin, who had to settle for silver.

Frenchman Jeanne Vincent clinched the final spot in the top three as he sealed bronze in 2:20.267.

The inaugural edition of the ISU Shanghai Trophy combines the short track speed skating and synchronised disciplines for the first time.

Action in the synchronised skating event at the competition began with the short programme, with Russia’s “Paradise” team leading the way going into tomorrow’s free skating section on a score of 71.38 points.

The “Haydenettes” from the United States are second on 66.86, ahead of Sweden’s “Team Surprise”, who were awarded 65.27 for their short programme routine.

Holding both short track and synchronised competitions at the same event, using the same ice, has caused issues for organisers.

“As we host both the events on the same rink, we had to find a compromise,” said Yan Jiadong, director of the Shanghai Skating Association.

“Since synchronised skating doesn’t involve a lot of jumping like in the singles or in the pairs, we made the rink between 3.5cm and 4cm thick to suit both the events (synchronised and speed skating).”

The event in Shanghai continues tomorrow with the synchronised free programme, as well as finals in the men's 500m and women's 500m short track races.