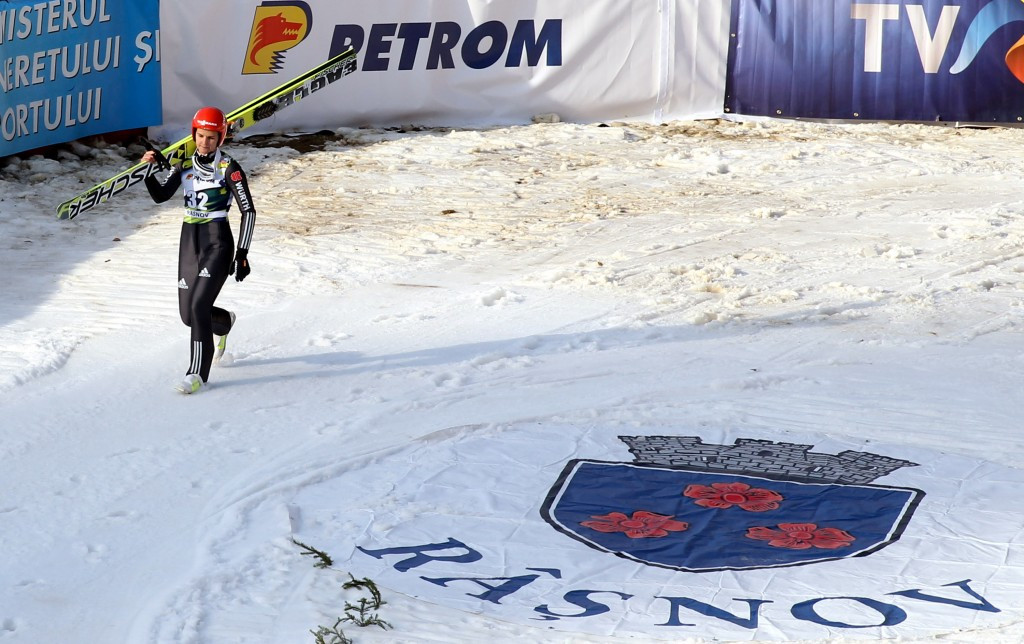 The women's Ski Jumping World Cup season is officially over after the International Ski Federation (FIS) announced that it will not reschedule the cancelled final two events of the campaign.

Rasnov in Romania, the World Junior Championships host, was due to stage the climax of the season this weekend on March 5 and 6 but warm weather and a lack of snow meant the competitions will not take place.

With the overall title already claimed by Japan's Sara Takanashi, the World Cups in Astana in Kazakhstan yesterday and on Saturday (February 27) will now be the last of 2015/16.

Second-placed Austrian Daniela Iraschko-Stolz and third-placed Slovenian Maja Vtič could also not be replaced in their respective positions even if two tournaments were held, so the FIS claim that their decision will have no major sporting impact.

"Logistical and technical" problems meant that an alternative location to Rasnov could not be found at short notice, it is claimed.

"Of course it's a pity and I'm really sorry for the athletes and the organiser in Rasnov," said FIS race director Chika Yoshida.

"The organising committee in Rasnov made a huge effort to make the World Junior Championships last week possible, this was enormously difficult considering the weather conditions.

"Because of the continuously mild temperatures in Rasnov it was not possible to have the hill ready for jumping until next weekend.

"From our experiences over the past years we know that the team in Rasnov would have done it, if there would have been any chance.

"But it was simply not possible.

"From a sporting point of view, the overall World Cup is already decided.

"Sara Takanashi leads by an un-catchable margin ahead of Daniela Iraschko-Stolz already before the weekend in Almaty.

"So this cancellation has no influence on the result of the overall World Cup this winter and this makes the decision easier from a sporting perspective."

The women's prizes will now be presented in Planica, Slovenia, where the men's season will conclude with the Ski Flying World Cup from March 18.

"After the decision was made to cancel the event last Friday, we spoke to various organisers over the weekend," added Yoshida.

"A normal hill had to be completely prepared for the competitions and due to the very mild weather conditions this was only the case at two or three venues.

"There it was not possible to carry out the event due to logistical and technical problems because it's difficult to organise such a big event with many international teams and other requirements within only a week."