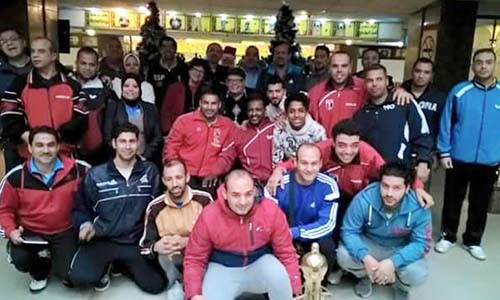 Four Egyptian players who have qualified for the Rio 2016 Paralympic Games have attended a level one International Table Tennis Federation (ITTF) Coaching Course in Cairo.

The event attracted 64 participants, including 32 students, 30 men and two women, and was held under the umbrella of the ITTF Development Programme at the recently-opened National Training Centre.

Mohamed Sameh Eid, London 2012 Paralympic bronze medallist in the class four category, was one of the participants.

He was joined by class five competitor Hassan Hefny and Mohamed Ahmed Sayed, who competes in the class seven discipline, along with class seven Fayza Mohmoud, who is a member of the Egyptian Parliament and is seen as a key ambassador for Para-table tennis in the nation.

The Coaching Course in the Egyptian capital was also attended by President of the African Table Tennis Federation Khaled El-Salhy.

“I had the pleasure to attend the start and end of the Level One Coaches Course in Cairo, it was well organised by Cairo Zone Table Tennis Province with good level of participation,” he said.

“Egypt has the record of conducting ITTF/PTT Level One Coaches Courses, most of them are self-funded courses; my thanks to both the International Table Tennis Federation and Mr. Mohamed Gharib for the great support as usual.”

The event was the seventh edition of the Coaching Course and was led by Mohamed Gharib.

Gharib was also involved in the level two courses in March 2013 and November 2015.

Following the conclusion of the event, all of the attendees were given participation certificates.