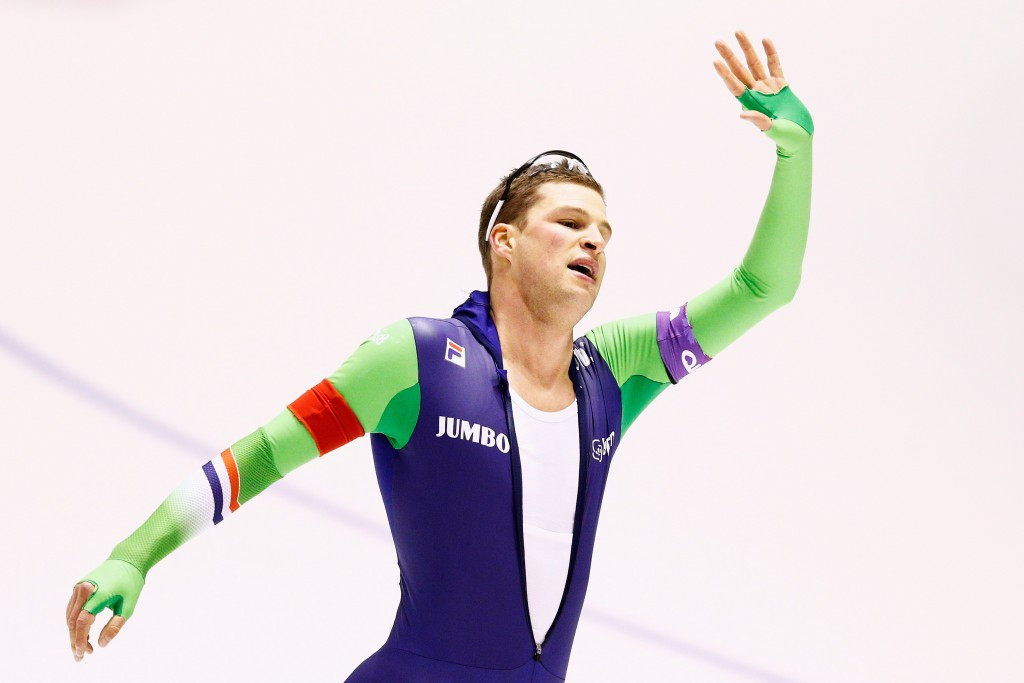 Sven Kramer will look to extend his record number of European Speed Skating Championship victories to eight when the Dutchman takes to the ice in Minsk at the event which is due to start tomorrow.

Kramer has emerged as the victor in each of his last seven appearances at the annual event, with Russia’s Ivan Skobrev and fellow Dutch skater Jan Blokhuijsen prevailing in his absence in 2011 and 2014, respectively.

He will begin as the favourite for the men’s title when competition gets underway tomorrow in the Belarus' capital city, with the country staging the event for the first time.

Kramer will seek to defend his title from 2014 in Chelyabinsk, Russia, where he surpassed the mark of six victories of his countryman Rintje Ritsma.

Having opted not to defend his title last year, Blokhuijsen is expected to provide a strong challenge to Kramer, while Norway’s Sverre Lunde Pedersen has also been touted as a potential contender to claim the title.

Should Pedersen achieve the feat he would become the first Norwegian to earn the men’s title since Johann Johann Olav Koss in 1991.

Unlike the World Cup, where skaters compete for single distance titles, the Championships see performances in all four distances contested add to determine the competitor’s final rankings.

The women’s title has been claim for the last three years by The Netherlands’ Ireen Wüst and she will attempt to defend her crown once again,

Wüst, who earned the first of her four titles in 2008, is on the comeback trail having missing the first four World Cup events of the season due to a pre-season concussion.

Her return to competition will see her rivalry renewed with Martina Sáblíková as both women go in search of their fifth title, with the Czech skater having triumphed for the first time in 2007.

Sáblíková then earned a hat-trick of wins between 2010 and 2012, before 29-year-old Wüst began her run of victories.

Czech, Dutch and German athletes have dominated the podium in recent years, with Russia’s Olga Graf aiming to become the first athlete from another country to claim a top three finish since 1998, having finished fourth last year.