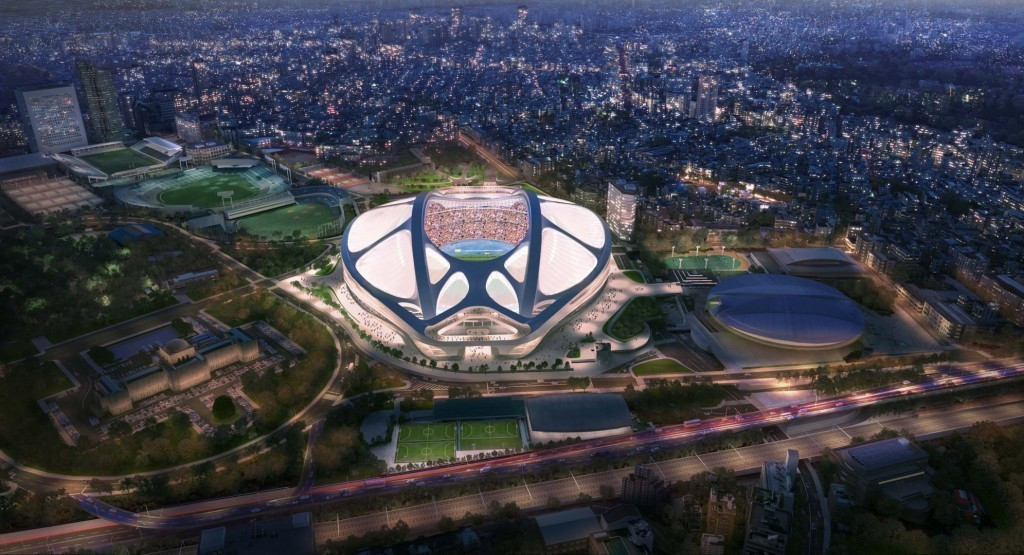 The architects who designed Tokyo 2020's scrapped Olympic Stadium have blasted organisers after two new blueprints for the showpiece venue of the Games were unveiled.

A design by British firm Zaha Hadid (ZHA) had initially been accepted by the Japanese capital, but the plug was pulled by the country's Prime Minister Shinzō Abe in July as concerns rose about rising costs.

The new designs were released yesterday by the Japan Sports Council (JSC) but ZHA remain angry about their exclusion from the process.

After the original plan was axed, the firm teamed up with Japanese company Nikken Sekkei to work on revised, cheaper, plans, but they had to pull out of contention after being unable to find a construction company to partner with.

This was a key requirement and something ZHA said "restricted" themselves and other companies from taking part.

The controversy surrounding the stadium has already led to the resignation of a key Japanese politician, Sports Minister Hakubun Shimomura, and work on the stadium now is not due to get underway until 2017.

The delays mean it will not be ready in time for Japan's hosting of the Rugby World Cup in 2019, as originally planned.

"Work would already be underway building the new National Stadium for Japan if the refinements proposed by ZHA and our Japanese design partners over the previous years had been made to the original competition winning design," the company said in a statement.

"The adapted design would have met all the requirements of the new brief and delivered an efficient, high-quality new National Stadium for the 2019 Rugby World Cup, in good time to welcome the world to Tokyo for the 2020 Olympic Games, and go on to become a new home for sport in Japan for many generations to come.

"It is disappointing that the Government did not even consider working with the existing design team to build on the two years of design work in which they and the Japanese people had invested, including the detailed configuration and seating bowl design for this complex site in Tokyo.

"The rules of entry to the new competition restricted the existing design team, as well as many other Japanese and international architects and contractors that wished to take part, from entering."

There are lingering fears that the stadium will not be ready in good time for the Olympics, with the International Olympic Committee (IOC) setting a deadline of January 2020 for completion.

The JSC, however, have targeted a finish date of November 2019 after releasing the two designs yesterday.

ZHA said that the time-frame and costs of the new project could not be guaranteed, after the price of their original proposal soared to ¥252 billion (£1.3 billion/$2 billion/€1.8 billion), more than double what was hoped.

"There are now serious risks of a rushed process, with no certainty on the likely construction cost of the stadium, and that it may not be ready in time or deliver a significant sporting legacy without expensive conversion after the 2020 Games," ZHA said.

ZHA's revised designs included no air conditioning for spectator seating, as well as a smaller capacity than the original 80,000 proposed.

The Stadium will be built on the site of the arena used for the 1964 Olympics.

"We will work to ensure a stadium that will be loved by all," said Kazumi Ohigashi, President of the JSC.