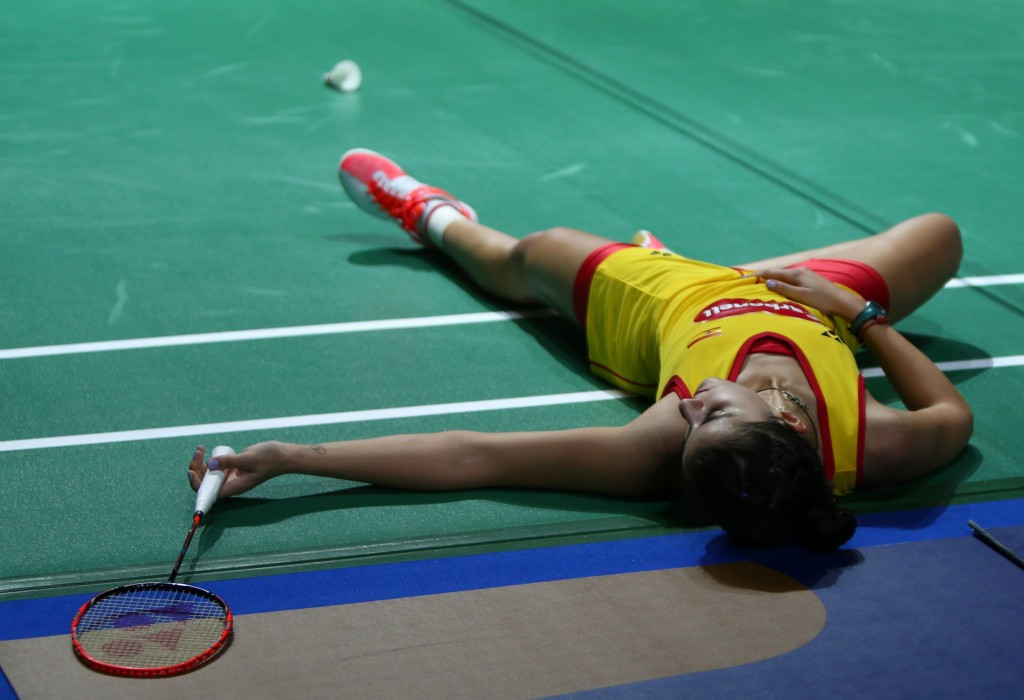 World number one Carolina Marin crept into the women’s singles semi-finals at the Badminton World Federation (BWF) Superseries Finals despite suffering her second defeat of the group stage in Dubai.

The Spaniard, who was crowned BWF Female Player of the Year earlier this week, faced a shock early exit from the competition after being outplayed by Nozomi Okuhara in their final Group A tie, with the Japanese player triumphing 21-9, 21-15 to secure top spot.

It left the trio level in the standings with one win and two defeats each, but Marin progressed due to having a better game difference than her rivals.

A rematch between Marin and Okuhara will take place tomorrow as the pair were drawn against each other in the semi-finals, while China’s Yihan Wang and Thailand’s Ratchanok Intanon will meet to decide the second finalist, having both progressed from Group B.

Men’s singles world number one Chen Long clinched a 21-14, 21-17 win over Jan O Jorgensen to maintain his 100 per cent record in Group A, with the result seeing the Chinese player set up a semi-final against another Danish opponent in Viktor Axelsen.

Axelsen had finished second in Group B behind Kento Momota, with the Japanese star due to meet Jorgensen in his semi-final.

Men’s doubles world champions Mohammad Ahsan and Hendra Setiawan faced a must-win tie against China’s Zhang Nan and Fu Haifeng to reach the semi-finals, although their opponents had won their last four meetings.

The Indonesian pair, though, produced an excellent display to secure a 21-14, 21-16 victory to leapfrog their opponents in the Group A standings.

They will face South Korea’s Yong Dae Lee and Yeon Seong Yoo, who beat them 21-19, 21-10 yesterday, while Denmark’s Mathias Boe and Carsten Mogensen are set to face China’s Chai Biao and Hong Wei in the second semi-final.

In the women’s doubles competition, Group A winners Misaki Matsutomo and Ayaka Takahashi of Japan will hope to replicate today’s 19-21, 21-18, 21-10 win over China’s Luo Ying and Luo Yu with both pairs having been drawn together again.

Meanwhile, Indonesia’s Greysia Polii and Nitya Krishinda Maheswari will take on Denmark’s Christinna Pedersen and Kamilla Rytter Juhl, having advanced from Group B.