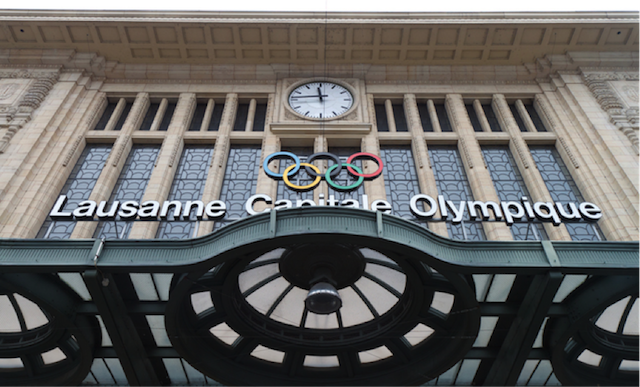 Lausanne was today confirmed as the host for next year's SportAccord Convention, ending an eight-month search to find a city to stage the Olympic Movement's biggest conference and networking opportunity.

The event is due to take place from April 17 until 22 at the Swiss Tech Convention Centre which offers state-of-the-art congress facilities, officials claim.

Confirmation of the Olympic capital ends a long search after Sochi pulled out of its contract to host the next five editions following this year's controversy when then SportAccord President Marius Vizer publicly criticised International Olympic Committee President Thomas Bach, prompting several Federations to resign from the organisation.

Then Dubai, who had been lined up as the replacement, withdrew on the eve of signing a contract.

Doha had reportedly been interested in staging the event but decided not to take their interest further after stepping in to replace Rio de Janeiro as hosts of the 2016 ANOC General Assembly.

Lausanne had hosted the second edition of SportAccord Convention in 2004.

The International Olympic Committee (IOC) are expected to underwrite some of the costs of hosting the events, set to attract 2,000 delegates.

“What a wonderful way to close an exceptional year for the City of Lausanne," said Marc Vuilleumier, Lausanne’s Municipal Councillor in charge of sport.

"Twenty fifteen marked the IOC’s centenary in our city, and last July we became the host of the 2020 Winter Youth Olympic Games.

"The SportAccord Convention will once again witness the entire world of sport gather here, for the first time since we hosted the second Convention in 2004.

"Lausanne truly is the 'Olympic Capital' today more than ever."

With close to 50 sports organisations based in Lausanne and the surrounding region of the Canton of Vaud, including many International Federations, the city is an idyllic location for this premier event, organisers claim.

“What better place could SportAccord Convention have chosen to hold its annual event than Lausanne, a city which is made for sport," said IOC President Thomas Bach, who is chairing a meeting here of the IOC's ruling Executive Board.

"For a century now, Lausanne has been the IOC’s home.

"More than 30 International Sports Federations and sports organisations have also found in Lausanne the ideal setting to develop and strengthen the place of sport in society.”

The Convention will once again comprise a themed conference including City Forum, LawAccord and MediaAccord, as well as a plenary conference; an exhibition represented by industries, sport organisations, government offices, cities, event services, media, and many more; a Sports Demo Zone; as well as a social and cultural programme.

The venue for the Convention was designed by local architectural firm Richter Dahl Rocha & Associés and inaugurated in April 2014.

The biggest auditorium at the Swiss Tech Convention Centre has a capacity of 3,000 seats.

The centre is located directly at the "EPFL" station of the Lausanne Metro Line.

The most notable feature of the Convention Centre is its west facade, which is covered with panels made of organic dye-sensitised solar cell, also called “Grätzel cells” after Michael Grätzel, a physical chemistry professor at the Swiss Federal Institute of Technology and the inventor of the technology.

"As a major event in the international sporting calendar, Lausanne provides a favourable location for sport and business leaders to meet, given its strong commitment to sport and industry.

"With the warm hospitality shown to visitors and delegates in 2004, we can expect to deliver a Convention that meets the needs of our stakeholders, partners and delegates.”