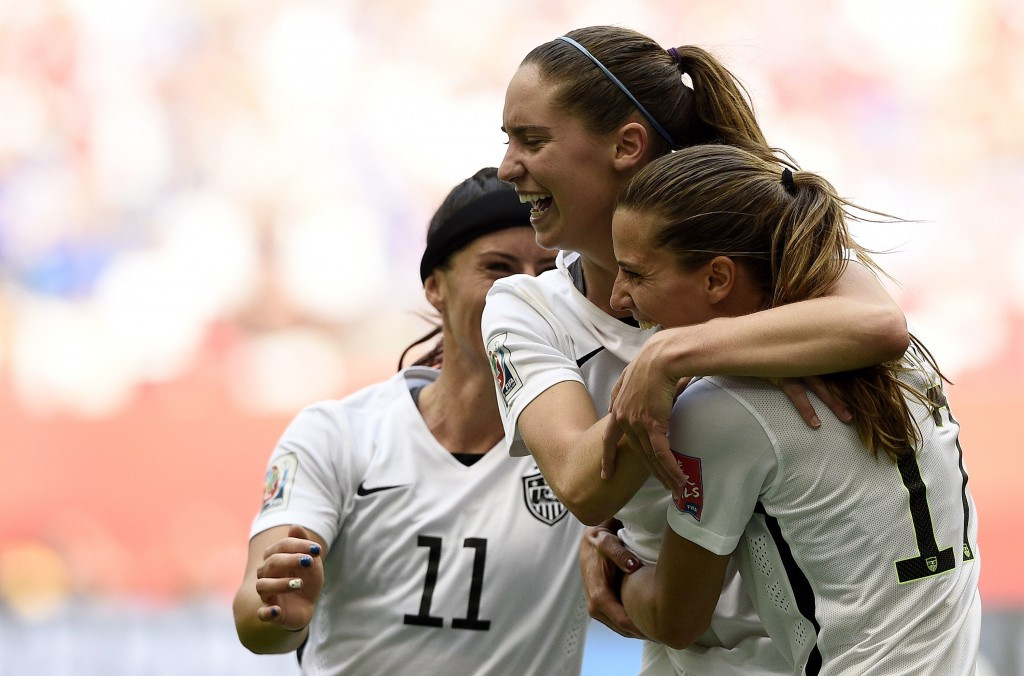 World Cup winners the United States have been drawn into Group A of the 2016 Confederation of North, Central America and Caribbean Association Football (CONCACAF) Women’s Olympic Qualifying Championship as they prepare to begin their defence of the Olympic title.

The London 2012 gold medallists are set to host the qualifying tournament for the Rio 2016 Olympic Games with matches scheduled to be played in Dallas and Houston from February 10 to 21.

Following the draw, which took place at the InterContinental Doral in Miami, the US were confirmed to be playing their round robin phase matches at Dallas' Toyota Stadium having been drawn into Group A.

They are set to face the challenge of Puerto Rico, Mexico and Costa Rica, who were drawn into the group by former American players Cat Whitehill and Tiffany Roberts.

Puerto Rico will kick the tournament off on February 10 when they take on Mexico, with the host nation’s first game taking place immediately afterwards when they face Costa Rica at the same venue.

Meanwhile Canada, who claimed bronze at London 2012 having been beaten in extra time by the US in the semi-final, were drawn into Group B of the tournament alongside Guatemala, Trinidad and Tobago and Guyana.

Group B matches are all due to be played at the BBVA Compass Stadium in Houston, with Guatemala due to get proceedings underway when they play Trinidad & Tobago on February 11.

After the round robin phase draws to a close on February 16, the top two teams in each group will advance to the semi-finals, which are due to be held in Houston on February 19.

The venue will also play host to the final on February 21, with the two competing nations having already sealed Olympic berths by achieving victories in their respective semi-finals.

Five nations have already booked their places in the Rio 2016 women’s football tournament alongside host nation Brazil, with South Africa and Zimbabwe qualifying from Africa, France and Germany advancing from Europe and Colombia from South America.