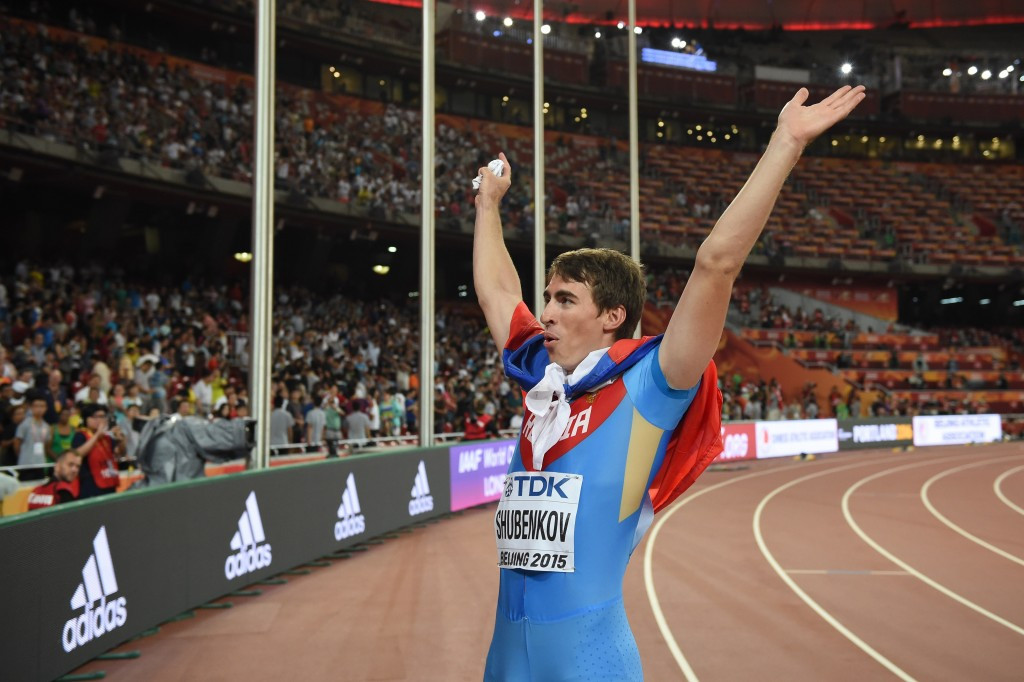 The hurdles nominees for the International Association of Athletics Federations (IAAF) Athlete of the Year award have been named as Russia's Sergey Shubenkov and the Czech Republic's Zuzana Hejnova.

Twenty-five-year-old Shubenkov has been put forward after winning the 110 metres hurdles title at August's World Championships in Beijing, where he roared to gold in a Russian record of 12.98sec.

That saw the twice European champion in the discipline jump two places on the podium from the  World Championships on home soil in Moscow in 2013, when he collected bronze.

Hejnova, meanwhile, also secured success in the Chinese capital as she defended her 400m hurdles title in the Birds Nest Stadium.

The 28-year-old London 2012 Olympic bronze medallist put in a world-leading performance as she clocked 53.50 for glory.

Both athletes have been put forward after the first round of voting by IAAF stakeholders, with a male and female nominee from nine different categories set to be selected for an initial longlist in total.

So far, Usain Bolt and Dafne Schippers, Mo Farah and Genzebe Dibaba and Eliud Kipchoge and Mare Dibaba have been put forward in the sprints, middle/long distance and road running categories.

The nominees for race walking, jumps, throws, combined events and multi-terrain categories will be revealed in the coming days, with the list then whittled down to three men and three women by a panel of experts.

Overall male and female winners will then be decided at the International Athletics Foundation (IAF) Gala in Monaco on November 28.