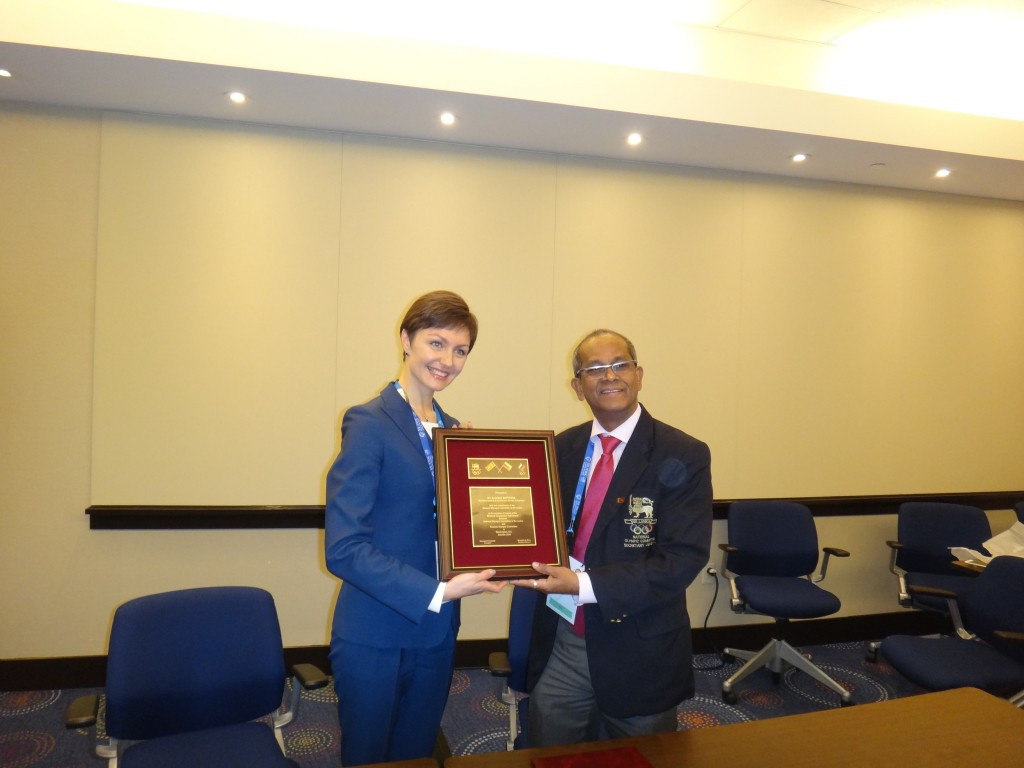 The National Olympic Committee of Sri Lanka has signed a Memorandum of Understanding (MoU) with the Russian Olympic Committee (ROC), which they hope will help them with sports development and scientific research.

Having signed the MoU, Sri Lanka are set to receive support from the ROC for sports development and scientific research into sport, as well as co-operation on elite athlete development.

Additionally the MoU also included the idea of a cultural exchange between the two nations and De Silva believes the signing of the agreement is crucial to developing his NOC.

“It is a historic day in signing an MOU with sports giant Russia,” he told insidethegames.

“Sri Lanka and Russia enjoy a very close political relationship and we consider Russian NOC as our strategic partner in our pursuit of sporting development in Sri Lanka.

“We are thankful to the Russian NOC President and their able Olympian secretary general Anastasia for making this happen.

“We are certain that the both countries will benefit from this new chapter in our history and we will always remember Russia for their assistance.”

It is the latest deal secured by Sri Lanka after they secured a bilateral cooperation agreement with the Chinese Taipei Olympic Committee (CTOC) in June, which would see them receive equipment donations.

The agreements single Sri Lanka’s aim to improve its sporting infrastructure in the country, having been stripped of the 2017 Asian Youth Games in May as a result of a lack of organisation and coordination between the NOC and Government forces.

They also face being banned from the IOC if relations between these two bodies do not improve.