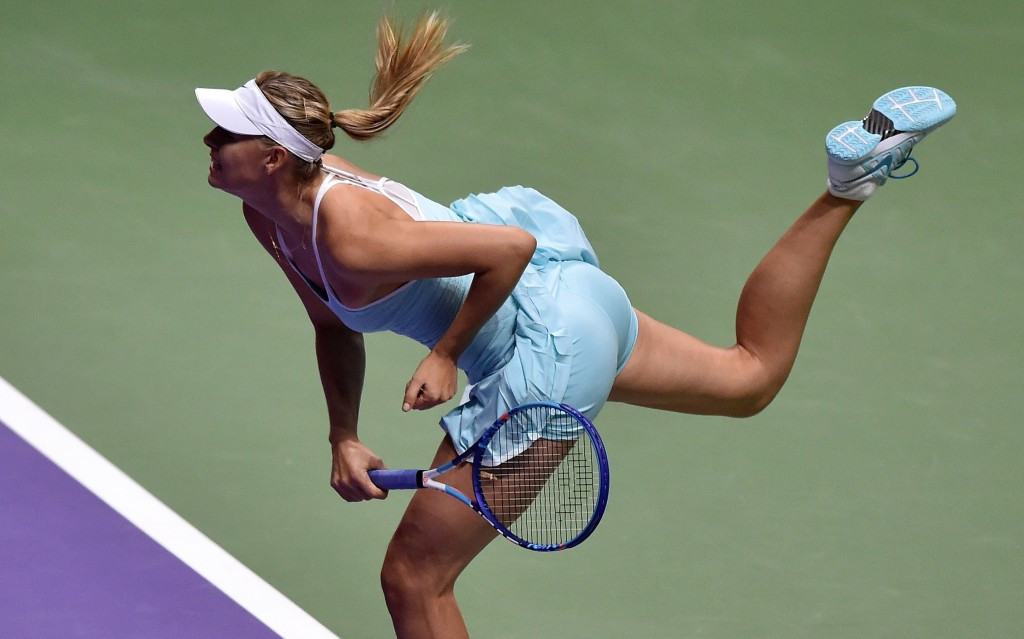 Maria Sharapova and Agnieszka Radwańska are the first confirmed semi-finalists at the Women's Tennis Association (WTA) Finals in Singapore after both claimed victories in their final group matches today.

Russian star Sharapova ensured that she finished the Red Group with three victories from three as she brushed aside US Open champion Flavia Pennetta 7-5, 6-1.

Italian Pennetta, who is now set for retirement after exiting the end-of-season event, had beaten Sharapova in their last three meetings and broke in the first game of the match before opening up a 4-2 lead.

Sharapova was in imperious form from there though, winning five of the next six games to clinch the first set before romping home in the second in just 34 minutes.

The Pole had lost both of her opening two encounters but with her, Halep and Pennetta all finishing the group stage with a record of won one and lost two, the 26-year-old crept into the last four on account of winning three sets in the group while both of her rivals claimed just two.

Halep lost the first set from the brink of victory as despite leading 5-1 in the tie-break, Radwańska then reeled off six points in a row to clinch it.

Like Sharapova, she then stormed through the second set to claim a 500th win of her professional career.

"That tie-break was something else and I just managed to make some great points at important moments," said Radwańska.

"It's very nice to hear people say my tennis is entertaining so I hope I can keep hearing people say that over and over again."

"I know what a tough competitor and opponent she is.

"I just wanted to get a little bit of revenge before she goes out of the game."

Both Sharapova and Radwańska are due to learn their semi-final opponents tomorrow when the White Group concludes on the hard courts at the Singapore Indoor Stadium.

Spaniard Garbiñe Muguruza leads the way with two victories from two so far and will play the Czech Republic's two-time Wimbledon champion Petra Kvitová, who has won one and lost one.

Germany's Angelique Kerber has the same record as Kvitová and will play another Czech in Lucie Šafářová, who has an outside chance of progression despite having lost both of her matches.

Meanwhile, Muguruza and her partner Carla Suárez Navarro have made the semi-finals of the doubles competition after a 7-5, 6-4 win over Chinese Taipei pair Chan Hao-ching and Chan Yung-jan, who have also progressed.

Both pairs in the second game have gone out, with France's Caroline Garcia and Slovenian Katarina Srebotnik claiming a 6-2, 3-0 win after American Bethanie Mattek-Sands, who was partnering Šafářová, retired with a knee injury.