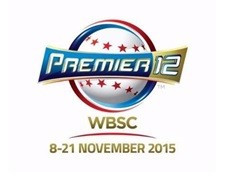 In total, $3.8 million (£2.5 million/€3.4 million) will be handed out during the maiden edition of the event and every National Federation will distribute half of their respective earnings to the competing athletes.

The first-ever edition of the competition, which runs from November 8 to 21, features the top 12 baseball teams in the world who will go head-to-head in a round robin and knockout format.

Group matches will take place in Chinese Taipei and semi-finals and finals will be held at the Tokyo Dome.

World number one ranked Japan are in Group B alongside the United States, ranked at number two in the world, Olympic champions South Korea, Dominican Republic, Venezuela and Mexico.

Before the event itself gets underway, Japan and South Korea will face each other in a special opener for the tournament at the 40,000-seat Sapporo Dome on November 8.

The WBSC has also announced that the South Korean team will take on Cuba, who they beat to claim Olympic gold in the final at Beijing 2008, in a two-match series to officially open the the new Gocheok Sky Dome, the first domed baseball stadium in the nation.

It is hoped the event will help showcase baseball’s global appeal after baseball/softball was put forward by the Tokyo 2020 Additional Events Programme Panel for potential inclusion at the Olympic Games in the Japanese capital in five years’ time, along with karate, skateboarding, sport climbing and surfing.