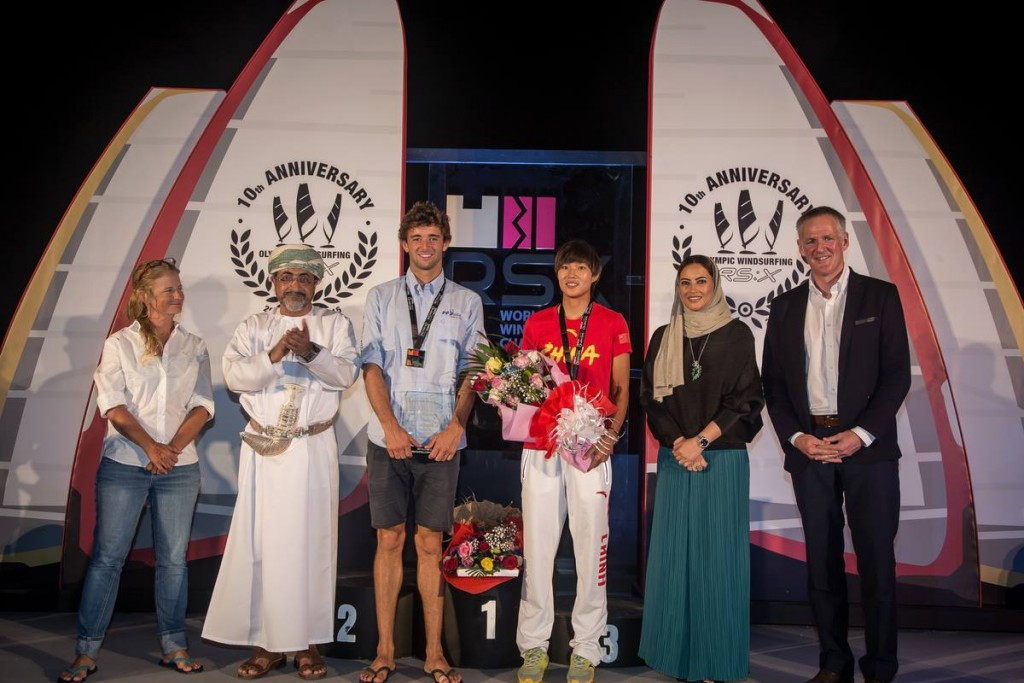 France’s Pierre Le Coq held on to his narrow advantage in the men’s event to claim gold at the RS:X World Windsurfing Championships in Mussanah, Oman.

The 26-year-old had led from the opening day of the Championships but after a difficult series of races on the water yesterday, he sat only three points ahead of China’s Aichen Wang and Zhichao Zhang and knew he had little margin for error in today's medal race.

Wang was able to finish ahead of the Frenchman in the final race of the regatta having finished in sixth place, however he would end agonisingly short of taking the world title as Le Coq came home two spots behind.

It meant the race leader would eventually end one point clear of Wang and afterwards he reflected that an intensive block of training had helped him finish top of the standings.

“It is incredible, I am the world champ and I am so happy," he said.

“The conditions today were perfect and I really enjoyed racing with the top guys.

“I put my win down to training, I think I lived every day for the last three months for this World Championship and it has paid off.”

An 18th place finish in the final race saw Zhang fall out of the medal positions, with Olympic gold medallist Dorian van Rijsselberge of The Netherlands leapfrogging the Chinese windsurfer in the standings after ending his week with a fourth place, which saw him move into the bronze medal position.

Peina Chen held a 22-point lead heading into the final day of the women’s event, to be effectively assured of gold, and the Chinese sailor secured the title despite ending her week’s work by coming 20th in the concluding race.

Poland’s Malgorzata Bialecka, whose hopes of overall victory were ended with poor results yesterday, suffered another miserable day as she dropped from second in the standings to fifth after finishing 18th in the medal race.

Bryony Shaw of Britain and The Netherlands’ Lilian de Geus were the two beneficiaries of the Pole’s problems as they earned podium positions by ending on 38 and 46 points respectively.