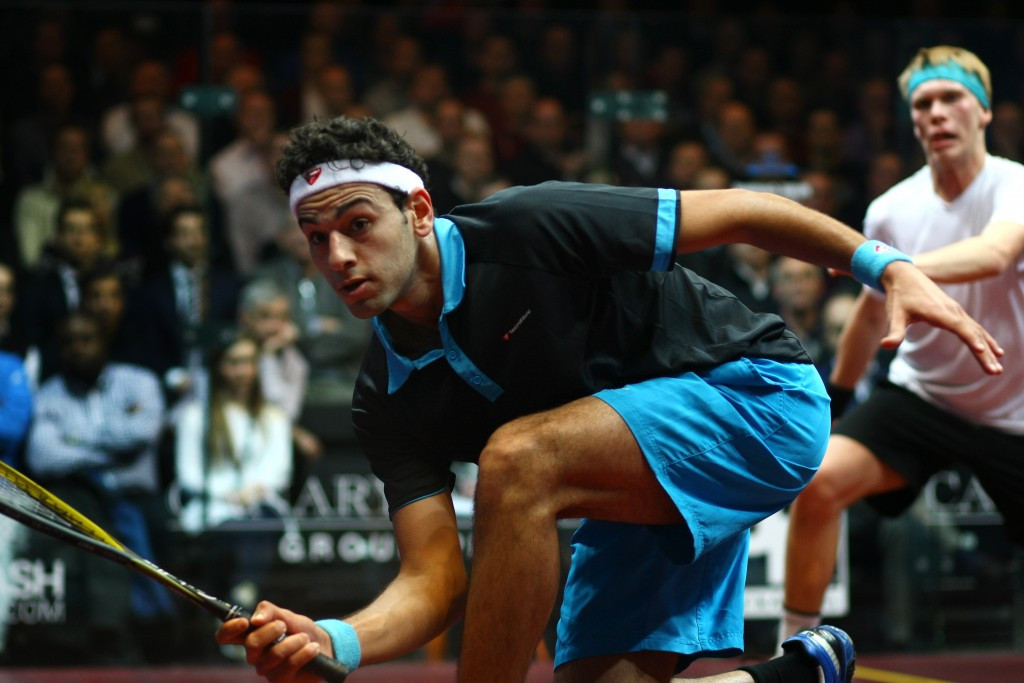 Egyptian world number one Mohamed Elshorbagy will begin his campaign to win his first Professional Squash Association (PSA) Men’s World Championship title against Mexico’s Alfredo Avila after the draw for the event in Bellevue, Washington, was announced.

Elshorbagy suffered heartbreak at the 2014 World Championship, losing to compatriot Ramy Ashour in the final, and cannot meet his adversary until the same stage this time around, setting up an exciting prospect of the two going head-to-head for the title again this year.

Ashour, seeded fourth for the competition being held in the United States for the first time, will open the defence of his crown with a tricky encounter with Mazen Hesham, also of Egypt.

The three-times winner of the sport's annual flagship event could come up against England’s Nick Matthew, who has also won the tournament on three occasions, in the semi-final.

Matthew, seeded at number two, will take on Australian Cameron Pilley in his first-round contest.

Third seed Gregory Gaultier of France, the winner of the recent US Open, will face compatriot Lucas Serme.

Organisers claim the competition will be the most globally diverse event in history after each of the world's top 40 players confirmed their entries.

It is set to be the biggest in the event's history with 112 of the world's best players spanning 32 countries and six continents due to compete.

“The World Championship is the most prestigious title in squash and to be taking the sport's pinnacle event to an American audience for the first time in history is tremendously exciting for everyone involved,” PSA chief executive Alex Gough said.

“The draw itself highlights the diversity of professional squash with the sheer amount of countries and continents represented and, with a number of exciting younger players coming through to challenge the old guard, this instalment of the World Championship promises to be one of the most exciting yet.”

The PSA Men’s World Championship comes at an uncertain time for the sport following its failure to be nominated for inclusion at the Tokyo 2020 Olympics, a major disappointment for the worldwide squash community.

The tournament is due to run from November 13 to 22 and tickets can be purchased by clicking here.