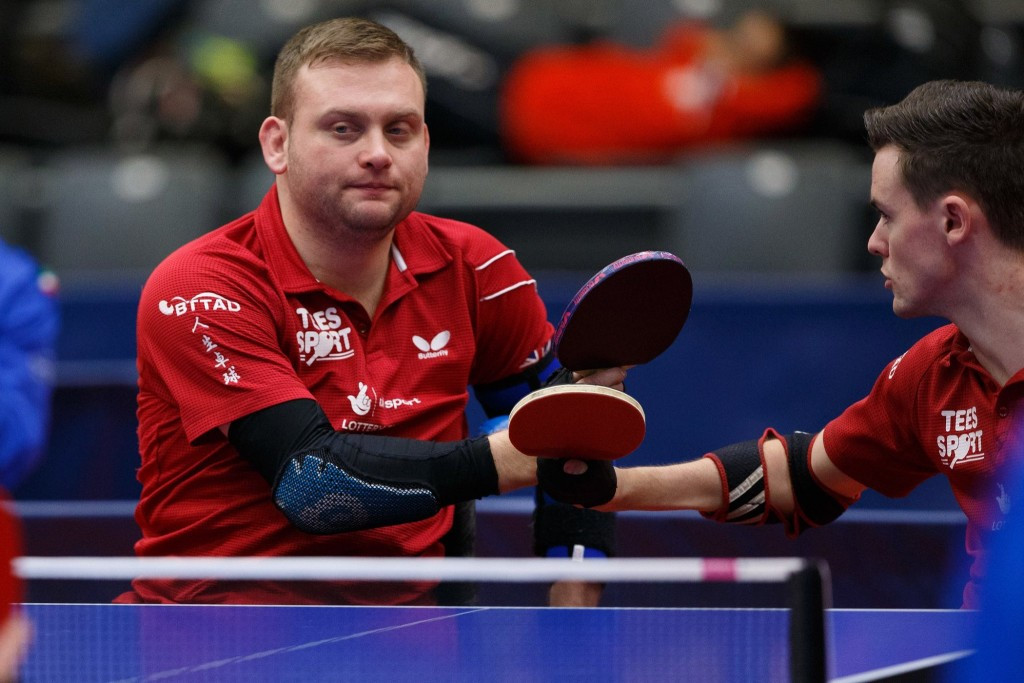 The pair had overcame Hungary’s Endre Major and Janos Kaiser 2-0 in yesterday’s action to move to the verge of winning the title, which Davies had previously claimed in 2013 alongside Paul Davies.

A difficult contest against Holger Nikelis and Marcus Sieger appeared to be the only obstacle preventing them from securing the gold but the Germans were forced to withdraw from the competition due to injury, confirming the Britons as winners.

“I‘m really happy and it’s a big relief to be honest,” said Davies.

“We were under a bit of pressure after winning the last European Championships, I won it for my new partner in crime, Thomas and for my old partner back at home, Paul.”

Russia’s Raisa Chebanika and Ulija Shishkina were the only other pairing to claim a title after their women’s team class 8 competition, also organised through a group format, drew to a close with the pair emerging unbeaten.

The Russians had caused a surprise by defeating the top seeds Thu Kamkasomphu and Anne Barneoud of France 2-1 in the final match to seal the title.

With all remaining team events seeing their semi-final matches take place, the home crowd’s attentions were focused on the efforts of Peter Rosenmeier and Michal Spicker in their men’s team class 6 match.

Having emerged unbeaten from their group, the Danes were favourites for their last four encounter with Russia’s Alexander Esaulov and Dinar Safiullin.

They were forced to battle to secure the victory, eventually fuflilling the crowd’s expectations to emerge as 2-1 winners and set up a gold medal contest tomorrow with Britain’s Paul Karabardak and David Wetherill.