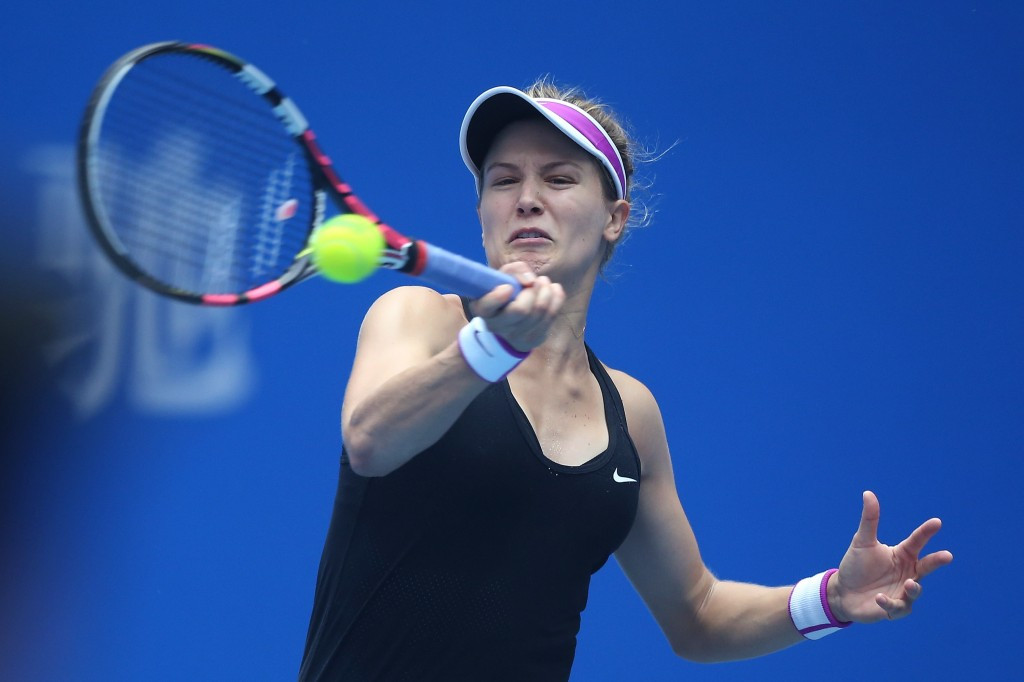 Canadian tennis ace Eugenie Bouchard has opened legal proceedings against the United States Tennis Association (USTA) after a head injury she suffered at the US Open in September.

The 21-year-old fell in the changing rooms after a mixed doubles clash and suffered concussion - causing her to withdraw from the last Grand Slam of the year before her fourth round singles match against eventual runner-up Roberta Vinci.

Bouchard is now seeking damages after saying she fell due to a "slippery, foreign and dangerous substance” on the tiled floor of a physiotherapy room.

Her lawyer Benedict Morelli told the New York Times that the liquid was a cleaning agent that is normally left on the floor overnight when a room will no longer be used.

When asked how much in damages Bouchard might collect, he added that it could be "millions and millions".

Her case alleges negligence and she is now seeking a jury trial.

The lawsuit has been filed in New York, the city which hosts the US Open at Flushing Meadows.

It is alleged that the USTA "either caused or should have known of the floor condition, and that Bouchard was not made aware".

Due to her injury, Bouchard also withdrew from the Japan Open, Wuhan Open, China Open and Hong Kong Open, it is claimed, and dropped 13 places in the world rankings.

The China Open was supposed to be her comeback event this month, but she withdrew from the tournament during her first round match with Andrea Petkovic on October 5 after complaining of dizziness.

According to the lawsuit, the 2014 Wimbledon runner-up "continues to  suffer pain" which has resulted in medical costs and a loss of income.

The USTA are yet to comment on the legal action.