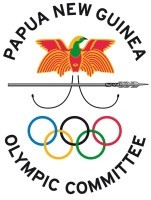 The Papua New Guinea Olympic Committee (PNGOC) has announced it has begun to give out prize money to those athletes who won medals at the Pacific Games in Port Moresby in July.

It follows the country’s Sports Minister Justin Tkatchenko promising to give the PNGOC a total of K7 million (£1.6 million/$2.5 million/€2.2 million) to distribute to the nation’s competitors.

Papua New Guinea won a total of 218 medals at Port Moresby 2015, their best-ever performance, finishing ahead of New Caledonia, who topped the medals table at the previous five Pacific Games, including at Nouméa four years ago, winning a record 120 gold medals.

Tkatchenko promised the Government would keep its vow to give K2,500 (£571/$867/€773) to the non-medal winning athletes of Team PNG and that amount had already been factored into the figure that would be presented to the Government for approval.

PNGOC Secretary General Auvita Rapilla has asked all the athletes for their bank details so the money can be transferred to them.

As well as congratulating the athletes for their performances during the event in Papua New Guinea’s capital, Rapilla also thanked the nation’s Prime Minister Peter O’Neill for his support.

Star swimmer Ryan Pini, who won Commonwealth Games gold in Melbourne in 2006, was the top performer for Papua New Guinea in Port Moresby as he took home a total of seven titles.