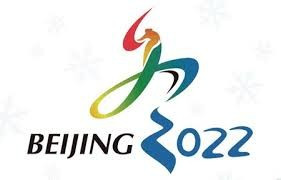 The application process for sports to be included at the 2022 Winter Paralympic Games in Beijing has been opened today by the International Paralympic Committee (IPC).

Interested recognised International Federations have until March 1, 2016 to submit an application, with a final decision due to be made by the IPC Governing Board on September 5.

A maximum of seven sports can be included, with six scheduled to be on the programme for the 2018 Winter Paralympics in Pyeongchang, South Korea.

Alpine skiing, biathlon, cross-country skiing, ice sledge hockey, snowboard and wheelchair curling are the sports set to take place in the Korean resort in three years’ time, though they are not guaranteed to be included at Beijing 2022.

The IPC announcement raises the prospect that one more sport might be added to the programme for the Games in seven years’ time.

Two-time skeleton Olympian Adam Pengilly, a member of the International Olympic Committee, told insidethegames in December that the sports, governed by the International Bobsleigh and Skeleton Federation (IBSF), were “very optimistic” of making their debut in the Chinese city.

They had originally targeted Pyeongchang 2018 but the IPC put the brakes on this enthusiasm, although President Sir Philip Craven had suggested it “could be a Paralympic sport in the future”.

The IBSF are the only other IPC-recognised International Federation other than the six sports already on the programme for 2018, with a World Cup event having been held for the first time last winter.

"The aim of this exercise is to ensure that the best possible sports in terms of athletes, Paralympic values, quality of global competition and reach are included in the Beijing 2022 Paralympic Winter Games,” IPC chief executive Xavier Gonzalez said.

“This is why we are asking all sports to meet a number of conditions of eligibility for inclusion.

“Although the IPC Governing Board has the option to include a seventh sport for the 2022 Games, they also have the ability to remove sports too.

“Our ultimate goal is to shape a competitive and attractive programme that will inspire and excite the world.”

Sports must meet a number of criteria laid down by the IPC if they are to be selected, including global reach, where they need to be “widely and regularly practised in a minimum of 12 countries in three regions”.

Other prerequisites are that they must have a quadrennial competition programme, as well as athlete classification, an anti-doping programme, rules and regulations and proper sport governance.