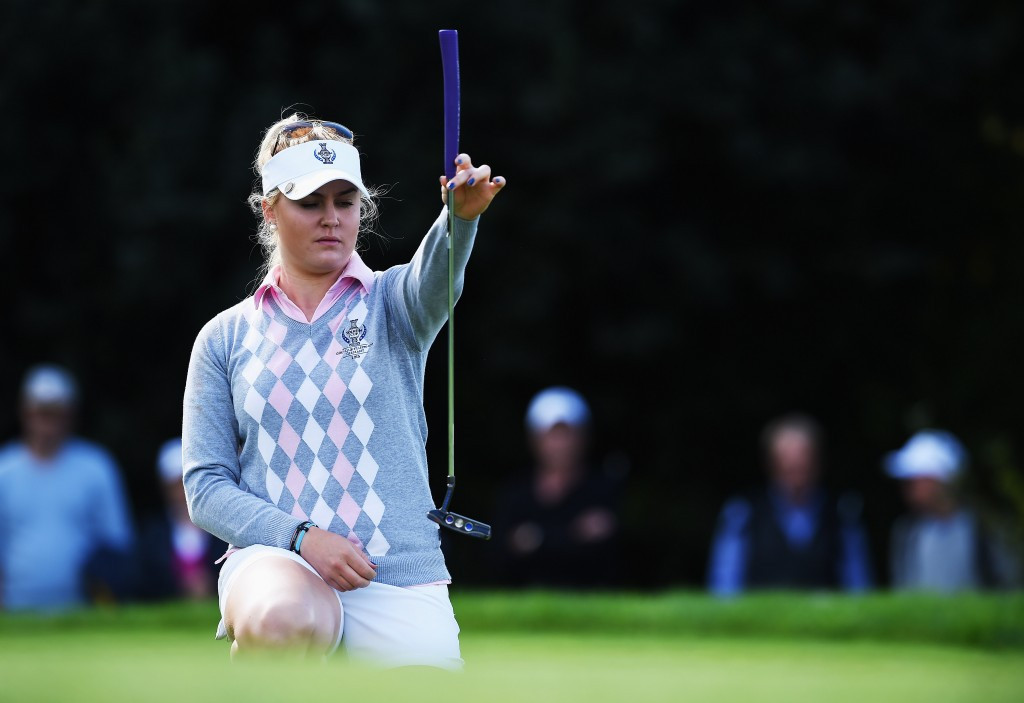 Europe hold an 8-5 lead over the United States in the Solheim Cup but only one match of the afternoon fourballs was completed due to fading light at St Leon-Rot in Germany.

America were to claim that point when Lexie Thompson and Christie Kerr overcame Azahara Munoz and Carlota Ciganda 3&2 and the team needed it after the hosts had dominated the morning.

With Europe's overnight lead 5-3, the defending champions were far better in the opening foursomes with three out of the four matches going in their favour.

England's Melissa Reid and Spaniard Ciganda were too strong for the American pairing of Alison Lee and Michelle Wie, coming away with a 4&3 success.

Europe's two other wins were tighter affairs though, with both games being won 1 up.

The sole American victory came in the first match to tee off, with Stacy Lewis and Gerina Piller easing past Swedish pair Anna Nordqvist and Caroline Hedwall 5&4.

The fourballs will continue tomorrow with America leading two matches still on the course and Europe up in the other.

After that, the singles will be played with 14½ needed for victory.

The Solheim Cup is the women's version of the Ryder Cup, which pits teams from Europe and the US together.