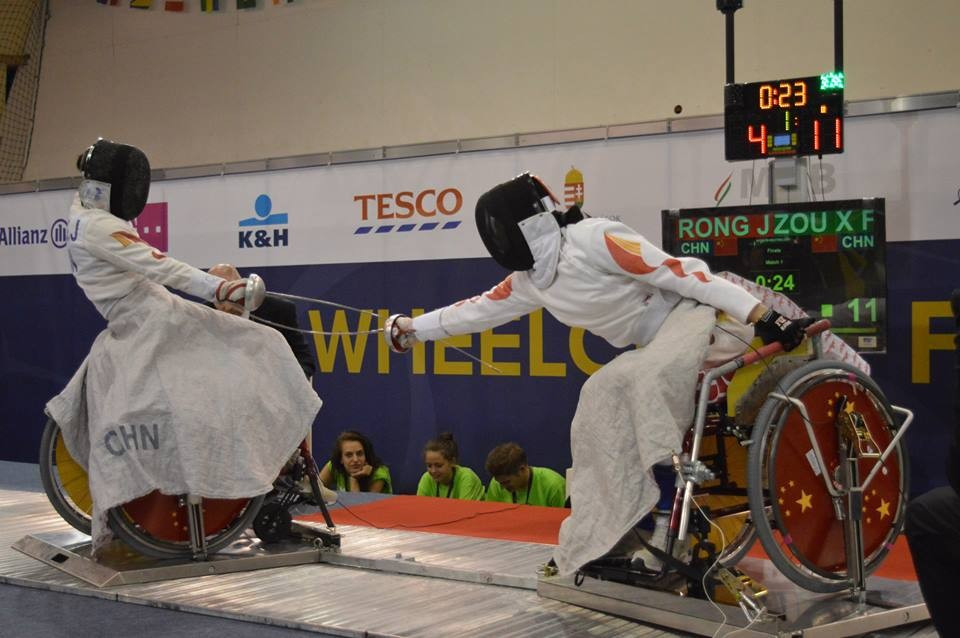 The world number 22 had enjoyed serene progression through to the semi-finals of the event but her challenge was expected to come to an end at the hands of the world number one ranked Yuliya Efimova of Russia.

However, Zou would show no sign of nerves against her illustrious opponent as she dominated the early stages of the match and refused to let the Russian back into the contest, as she secured a 15-7 victory to advance to the final against her compatriot Jing Rong.

Rong had overcome the challenge of Poland’s Marta Fidrych in her semi-final tie but Zou proved to be more than a match for her countrywoman in the gold medal contest, with the final score at the end of a one-sided encounter showing 15-7 in Zou’s favour.

While Rong was unable to complete a successful title defence in the A category, Thailand’s Sayunsee Jana was able to achieve the feat in the B event.

She first booked her place in the final with a comprehensive 15-5 triumph over Hong Kong’s Yui Chong Chan and then secured an 15-8 victory over Russia’s Viktoria Boykova to seal a second straight gold in the discipline.

The podium was completed by China’s Jingjing Zhou as she joined Chan on the bronze medal step, following her semi-final loss to Boykova.

Chinese success on the opening day of the Championships would continue in the men’s epee A competition as Gan Sun overcame Britain’s Piers Gilliver in a thrilling gold medal match, where there was little between the two competitors.

Sun headed into the Championship as the favourite and was eventually able to live up to his billing by sealing a narrow 15-14 win over the British fencer, while the former world champion Jianquan Tian of China and Russia’s Maxim Shaburov was forced to settle for bronze.

Meanwhile in the category B event Iraq’s Ali Amar emerged as the victor after cruising to a 15-7 win over China’s Daoliang Hu.

The men’s and women’s foil fencers are due to take to the piste tomorrow in both the A and B categories.